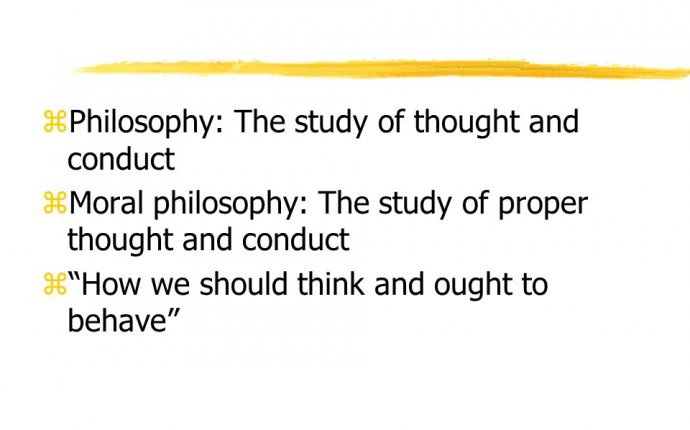 What does ethical Problems Mean?

Ethical dilemmas, also known as a moral dilemmas, are situations in which there is a choice to be made between two options, neither of which resolves the situation in an ethically acceptable fashion. In such cases, societal and personal ethical guidelines can provide no satisfactory outcome for the chooser.

Ethical dilemmas assume that the chooser will abide by societal norms, such as codes of law or religious teachings, in order to make the choice ethically impossible.

Michael had several friends including Roger and Daniel. Roger has recently met and started dating a wonderful lady named Phyllis. He is convinced this is a long term relationship. Unknown to Roger, Michael observed them at a restaurant several days ago and realized Phyllis is the wife of his other friend Daniel.

Michael is deciding whether to tell Roger that Phyllis is married when he receives a call from Daniel. Daniel suspects his wife is having an affair and since they and Michael share many friends and contacts, he asks if Michael has heard anything regarding an affair.

To whom does Michael owe greater friendship to in this situation? No matter who he tells, he is going to end up hurting one, if not both friends. Does he remain silent and hope his knowledge is never discovered?

An article on ListVerse compiled a list of Top 10 moral dilemmas and asked readers to consider what they would do in those situations. Here is an example of one of the Top 10 ethical dilemmas they proposed:

A pregnant woman leading a group of people out of a cave on a coast is stuck in the mouth of that cave. In a short time high tide will be upon them, and unless she is unstuck, they will all be drowned except the woman, whose head is out of the cave. Fortunately, (or unfortunately, ) someone has with him a stick of dynamite. There seems no way to get the pregnant woman loose without using the dynamite which will inevitably kill her; but if they do not use it everyone will drown. What should they do?

The Institute for Global Ethics also proposed the following ethical dilemma to promote a global understanding of ethics and to promote ethical decision making:

The mood at Baileyville High School is tense with anticipation. For the first time in many, many years, the varsity basketball team has made it to the state semifinals. The community is excited too, and everyone is making plans to attend the big event next Saturday night.Jeff, the varsity coach, has been waiting for years to field such a team. Speed, teamwork, balance: they've got it all. Only one more week to practice, he tells his team, and not a rule can be broken. Everyone must be at practice each night at the regularly scheduled time: No Exceptions.Brad and Mike are two of the team's starters. From their perspective, they're indispensable to the team, the guys who will bring victory to Baileyville. They decide—why, no one will ever know—to show up an hour late to the next day's practice.Jeff is furious. They have deliberately disobeyed his orders. The rule says they should be suspended for one full week. If he follows the rule, Brad and Mike will not play in the semifinals. But the whole team is depending on them. What should he do?

Harverford.edu also presents a series of dilemma called Kohlberg dilemmas as part of one of their psychology classes. These are named after Lawrence Kohlberg, who studied moral development and who proposed a theory that moral thinking goes in stages.

Some examples of Kohlberg dilemmas presented to students at Haverford include the following:

Joe is a fourteen-year-old boy who wanted to go to camp very much. His father promised him he could go if he saved up the money for it himself. So Joe worked hard at his paper route and saved up the forty dollars it cost to go to camp, and a little more besides. But just before camp was going to start, his father changed his mind. Some of his friends decided to go on a special fishing trip, and Joe's father was short of the money it would cost. So he told Joe to give him the money he had saved from the paper route. Joe didn't want to give up going to camp, so he thinks of refusing to give his father the money.In Europe, a woman was near death from a special kind of cancer. There was one drug that the doctors thought might save her. It was a form of radium that a druggist in the same town had recently discovered. The drug was expensive to make, but the druggist was charging ten times what the drug cost him to make. He paid $400 for the radium and charged $4, 000 for a small dose of the drug. The sick woman's husband, Heinz, went to everyone he knew to borrow the money and tried every legal means, but he could only get together about $2, 000, which is half of what it cost. He told the druggist that his wife was dying, and asked him to sell it cheaper or let him pay later. But the druggist said, "No, I discovered the drug and I'm going to make money from if." So, having tried every legal means, Heinz gets desperate and considers breaking into the man's store to steal the drug for his wife.Judy was a twelve-year-old girl. Her mother promised her that she could go to a special rock concert coming to their town if she saved up from baby-sitting and lunch money to buy a ticket to the concert. She managed to save up the fifteen dollars the ticket cost plus another five dollars. But then her mother changed her mind and told Judy that she had to spend the money on new clothes for school. Judy was disappointed and decided to go to the concert anyway. She bought a ticket and told her mother that she had only been able to save five dollars. That Saturday she went to the performance and told her mother that she was spending the day with a friend. A week passed without her mother finding out. Judy then told her older sister, Louise, that she had gone to the performance and had lied to her mother about it. Louise wonders whether to tell their mother what Judy did.

The advent of email in the business world surely has created new ground for moral dilemmas involving information access and privacy.

Tony, a data analyst for a major casino, is working after normal business hours to finish an important project. He realizes that he is missing data that had been sent to his coworker Robert.Tony had inadvertently observed Robert typing his password several days ago and decides to log into Robert’s computer and resend the data to himself. Upon doing so, Tony sees an open email regarding gambling bets Robert placed over the last several days with a local sports book. All employees of the casino are forbidden to engage in gambling activities to avoid any hint of conflict of interest.Tony knows he should report this but would have to admit to violating the company’s information technology regulations by logging into Robert’s computer. If he warns Robert to stop his betting, he would also have to reveal the source of his information. What does Tony do in this situation?

Another example of an ethical dilemma involves professional ethics versus the best care of your child:

Alan works in the claims department of a major hospital. Paperwork on a recent admission shows that a traumatic mugging caused the patient to require an adjustment in the medication she is prescribed to control anxiety and mood swings.Alan is struck by the patient’s unusual last name and upon checking her employment information realizes she is one of his daughter’s grade school teachers.Alan’s daughter seems very happy in her school and he cannot violate patient confidentiality by informing the school of a teacher’s mental illness but he is not comfortable with a potentially unstable person in a position of influence and supervision over his eight year old daughter. Can Alan reconcile these issues in an ethical manner?

You can study ethics from both a religious and a philosophical point of view. There are five branches of ethics: