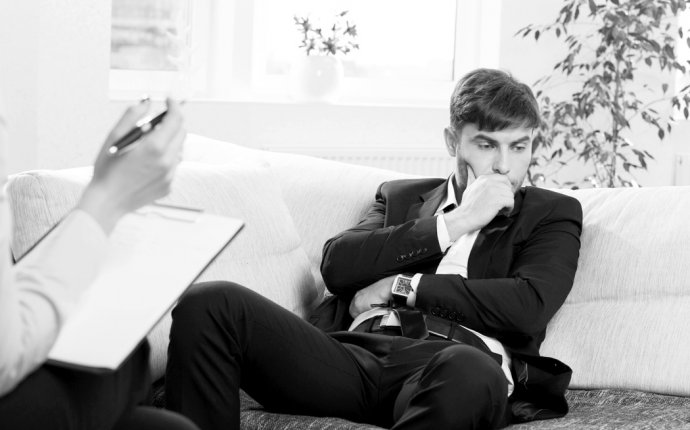 On an ice-cold day in January, clinical psychologist Emily Holmes picked up a stack of empty diaries and went down to Stockholm’s central train station in search of refugees. She didn’t have to look hard. Crowds of lost-looking young people were milling around the concourse, in clothes too flimsy for the freezing air. “It struck me hard to see how thin some of the young men were, ” she says.

Holmes, who works at Stockholm’s Karolinska Institute, was seeking help with her research—a pilot project on post-traumatic stress disorder (PTSD), which is all too common in refugees. She wanted to see whether they would be willing to spend a week noting down any flashbacks—fragmented memories of a trauma that rush unbidden into the mind and torment those with PTSD. She easily found volunteers. And when they returned the diaries, Holmes was shocked to see that they reported an average of two a day—many more than the PTSD sufferers she routinely dealt with. “My heart went out to them, ” she says. “They managed to travel thousands of kilometres to find their way to safety with this level of symptoms.”

Europe is experiencing the largest movement of people since the Second World War. Last year, more than 1.2 million people applied for asylum in the European Union—and those numbers underestimate the scale of the problem. Germany, which has taken in the lion’s share of people, reckons that it received more than a million refugees in 2015, tens of thousands of whom have yet to officially apply for asylum. Most came from Syria, Afghanistan and Iraq. Many have experienced war, shock, upheaval and terrible journeys, and they often have poor physical health. The crisis has attracted global attention and sparked political tension as countries struggle to accommodate and integrate the influx.

What hasn’t been widely discussed is the enormous burden of mental-health disorders in migrants and refugees. Clinical psychologist Thomas Elbert from the University of Konstanz in Germany is conducting a local survey of refugees that suggests “more than half of those who arrived in Germany in the last few years show signs of mental disorder, and a quarter of them have a PTSD, anxiety or depression that won’t get better without help”. Previous research shows that refugees and migrants are also at a slightly increased risk of developing schizophrenia.

“It is a public-health tragedy—and it’s a scandal that it is not recognized as such, as a physical epidemic would be, ” says epidemiologist James Kirkbride of University College London.