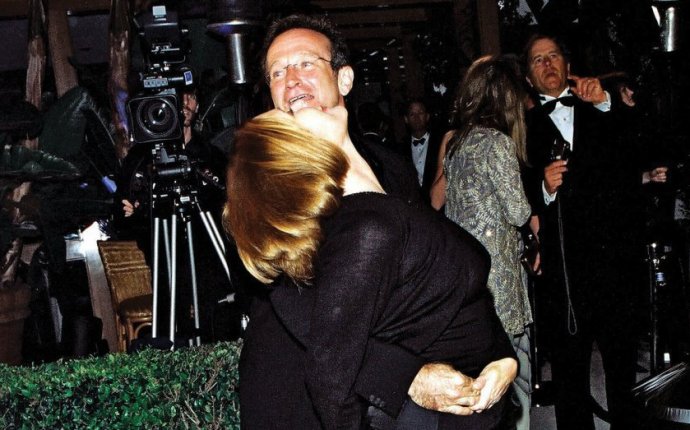 When a person chooses suicide, it’s hard to accept that choice.

Comedian and award-winning actor Robin Williams apparently made that choice earlier this morning. Robin Williams has long suspected to be a sufferer of either depression or bipolar disorder. Bipolar disorder is a mental illness where the person fluctuates between episodes of extreme energy, focus and productivity (mania) and severe depression. Apparently, he was in one of the episodes of depression when he took his own life.

We mourn his loss.

The coroner said that Williams’ death was “a suicide due to asphyxia, but a comprehensive investigation must be completed before a final determination is made.”

Williams had long struggled with addiction and mental illness. “Do I perform sometimes in a manic style? Yes, ” Williams told Terry Gross on the “Fresh Air” NPR radio show in 2006. “Am I manic all the time? No. Do I get sad? Oh yeah. Does it hit me hard? Oh yeah.”

According to news accounts:

“Robin Williams passed away this morning, ” said Mara Buxbaum, president of [Williams’] PR firm. “He has been battling severe depression of late. This is a tragic and sudden loss. The family respectfully asks for their privacy as they grieve during this very difficult time.”

His wife, Susan Schneider, issued a brief statement: “This morning, I lost my husband and my best friend, while the world lost one of its most beloved artists and beautiful human beings. I am utterly heartbroken, ” she said.

Suicide is an insidious choice due to the lies that depression tells us. When a person is suffering from severe depression, as apparently Williams was, it can tell that person, “Hey, you’d be better off dead. Life isn’t going to get any better.”

And sadly, sometimes people listen. Even brilliant, accomplished individuals such as Robin Williams.

Williams is best known as a comedian who made his name first in stand-up, then in TV on the hit show Mork & Mindy, and later with movies such as Mrs. Doubtfire, Dead Poets Society, Awakenings, and Good Will Hunting, where he won an Oscar for his role as a therapist.

Some people with bipolar disorder feel that the medications commonly prescribed for the disorder make them feel like they’re “living in a fog, ” or that all their emotions lack any sort of depth. For these kinds of reasons, some people choose not to keep taking medications to treat the disorder.

Suicide is a common symptom of severe, clinical depression. When properly treated, the feelings of suicide often remit as the depression lifts. But even under treatment, sometimes people choose to take their own life.

While we may never understand why someone who enjoyed so much family and success as Robin Williams did might take their own life, we can appreciate the body of work he left behind. He lit up many people’s lives with his humor, infectious energy, and poignant roles.

Robin Williams will be missed.

Editorial note: We acknowledge Williams himself has never stated, to our knowledge, that he had been formally diagnosed with bipolar disorder or depression. Yet given his behaviors and symptoms, it seems far more likely he suffered from bipolar disorder — of which depression is a very significant component. News accounts saying he suffered from depression don’t appear to be substantiated by Williams’ own statements on the issue.

If you are feeling suicidal, please read this first. Then if you’re in the U.S., call 800-273-TALK, or one of these numbers here for international readers (choose your country from the drop-down list). Suicide is a temporary feeling that signals untreated or under-treated depressive symptoms. There is help — and hope.