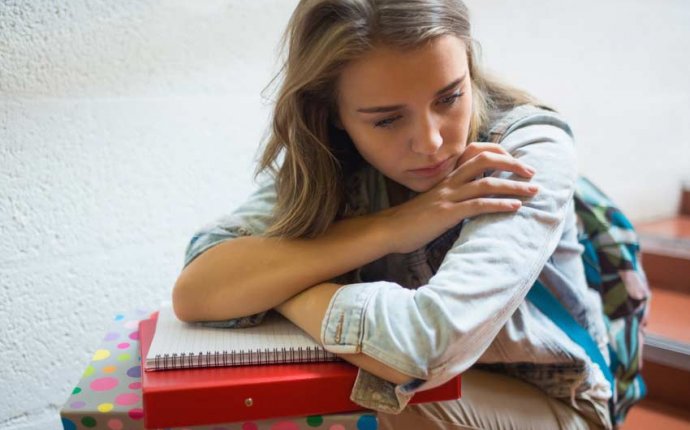 Another significant source of evidence is found in survey data from the students. In 2004 the Mental Health Task Force on Graduate Student Mental Health at the University of California Berkley surveyed its graduate students and revealed 45%had experienced an emotional or stress-related problem in the last 12 months that significantly affected their well-being and/or academic performance. The American Freshman annual survey from 2012 found that 30% of college freshmen report feeling frequently overwhelmed, with the number of women reporting this to be at its highest point, 40.5%, since the ques­tion was first asked in 1985, at which time the levels were less than half the current numbers. The survey also has found the fewest numbers of freshmen describing themselves as emotionally healthy.

Rates of anxiety and depression have similarly sky-rocketed in the last few decades. A 2013 survey of college students found that 57% of women and 40% of men reported experiencing episodes of “overwhelming anxiety” in the past year, and 33% of women and 27% of men reported a period in the last year of feeling so depressed it was difficult to function. Studies suggest that between a quarter and a third of students meet criteria for an anxiety or depressive illness during their college experience.

Comparing groups across generations is admittedly difficult, but the data clearly point to things being far worse now. Trend data clearly suggest increases in levels of stress, depression and anxiety at least since the 1980s. Consider that one study found that the average high school student in the year 2000 has the same level of anxiety as the average psychiatric patient did in the 1950s; and those rates have only increased in the last decade. Utilizing the MMPI to assess psychopathology, Twenge and colleagues found five times as many students in 2007 surpassed clinical cutoffs in one or more mental health categories, compared with those who took the measure several decades ago.

One of the most dangerous aspects of depression and mental health concerns in general is suicide. According to the American College Health Association (ACHA) the suicide rate among young adults, ages 15-24, has tripled since the 1950s and suicide is currently the second most common cause of death among college students. That study also found 9.4% of students reported seriously considering attempted suicide at least once in a 12 month period, a marked increase from several decades ago.

Approximately 11% of college students meet criteria for some form of learning disability. Approximately 4-5% of adults are estimated to meet criteria for AD/HD, and many in college systems report marked increases in the numbers of students reporting problems focusing and seeking AD/HD diagnoses and accommodations. In addition, use of Ritalin and related “study drugs” have dramatically increased in the past two decades.

When we look at lifestyle habits—like eating patterns, sexual activity, sleeping and drinking—we also see evidence of markedly increasing maladaptive patterns. Sleep deprivation is legendary in college life, and many wear it almost as a badge of honor. Yet, with college students averaging just over 6 hours of sleep and the serious problems associated with sleep deprivation clearly documented, the poor sleep patterns are not to be taken lightly and are likely significantly associated with mental health problems in other domains.

Disordered eating has also been documented to be on the rise. Studies in the 1980s indicated that 4 percent to 5 percent of college students have eating disorders, but a 2006 survey by the National Eating Disorders Association (NEDA) found that nearly 20 percent of the more than 1, 000 college students surveyed – both male and female – said they had or previously had eating disorders.

Studies have found that over 30% of students met criteria for a diagnosis of alcohol abuse and 6 percent for alcohol dependence in the past 12 months. According to a 2007 NIH/NIAAA report, among college students and other 18- to 24-year-olds, binge drinking and, driving while intoxicated (DWI), have increased from 1998 to 2006. The number of students who reported DWI increased from 2.3 million students to 2.8 million, and the number of alcohol-related deaths also have increased.

Patterns of sexual behaviors also show cause for concern. First, there is a strong and disturbing pattern of sexual assault, especially in connection with drinking. It has been estimated that each year more than 696, 000 students between the ages of 18 and 24 are assaulted by another student who has been drinking, and more than 97, 000 students between the ages of 18 and 24 are victims of alcohol-related sexual assault or date rape. In addition, there has emerged a “hook up” culture which has been linked to psychological problems, such as drinking, anxiety and depression. Finally, the prevalence of sexually transmitted diseases and high risk sexual behaviors are a significant cause for concern.

Finally, as was made brutally apparent by the 2007 massacre at VA Tech, mental health concerns pertain directly to episodes of violence. The frequency of violent campus attacks was examined by the FBI, and was found to demonstrate a marked increase in the 1980s into the 1990s and has probably plateaued since then, although conclusions are very difficult to draw. Interestingly, one possible bright spot are data that suggest that maybe there has been a decrease in violent crime on campuses. One government survey found a 54% decrease in violent crime perpetrated against students.

Despite the complexity of the issues, I believe the overall picture is clear. Today’s college students are facing a serious mental health crisis. If so, the next question is what might be causing it and finally what should we do about it. I will be addressing those topics in the future. If you have thoughts about the cause or what to do, please share in the comment section.