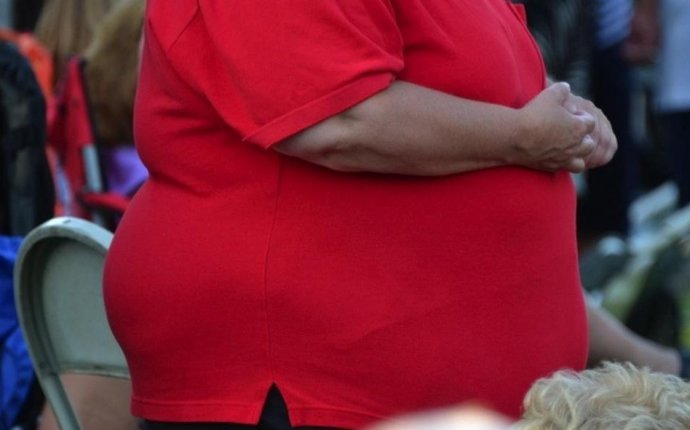 The world population is becoming rounder, and each year the situation is worsening. The World Health Organization (WHO) believes that we are in the grip of a global epidemic, and it is estimated by the year 2020 obesity will be the single biggest killer on the planet.

Professor Philip James, Chairman of the International Obesity Task Force, said that “we now know that the biggest global health burden for the world is dietary in origin and is compounded by association with low physical activity levels. This is going to plague us for the next 30 years.”

Currently at least 300 million adults worldwide are obese  a body mass index (BMI) of over 30  and over one billion are overweight (BMI of more than 27.3 percent for women and 27.8 percent or more for men). The problem affects virtually all ages and socioeconomic groups.

Obesity rates have risen at least threefold since 1980 in some areas of North America, the UK, Eastern Europe, the Middle East, the Pacific Islands, Australasia and China. In many developing countries, obesity coexists with malnutrition: A survey of 83, 000 Indian women found that although 33 percent were malnourished, 12 percent were overweight or obese. The adoption of industrialized foods and food preferences, together with drastically decreased physical activity levels are contributing to this growing problem.

Of particular concern is the increasing rate of child obesity. Health officials around the world have begun estimating each country’s rate. The Chinese government calculates that one in ten city-dwelling children is now obese. In Japan, obesity among nine-year-old children has tripled.

Why is this happening?

Obesity mainly is a result of changes in diet and physical activity. In the developing world the rise in obesity due to these factors is known as the ‘nutrition transition.’ Urban areas, being much further along in the transition than rural areas, experience higher rates of obesity. Cities offer a greater range of food, usually at lower prices, and city work often demands less physical exertion than rural work.

The developing world is likely to suffer a greater health burden from obesity. For example, the number of people with diabetes caused by obesity is estimated to double to 300 million between 1998 and 2025  with three-quarters of that growth projected in the developing world. For nations whose economic and social resources are already stretched to the limit, the result could be disastrous.

What health problems are linked to obesity?

Compared to adults with normal weight, adults with a BMI greater than 30 are more likely to be diagnosed with coronary heart disease (CHD), hypertension, stroke, high cholesterol, gout, osteoarthritis, sleep problems, asthma, skin conditions and some types of cancer.

In June 1998 the American Heart Association announced that it was upgrading obesity to a ‘major risk factor’ for CHD. Obesity also is an important causal factor in type 2 diabetes, and it complicates management of the disease, making treatment less effective.

Obese people have been found several times to have higher rates of depression. For example, David A. Kats, MD and colleagues at the University of Wisconsin-Madison assessed quality of life in 2, 931 patients with chronic health conditions including obesity. They found that clinical depression was highest in very obese participants (BMI over 35).

Other researchers also have identified an increase in depressive symptoms in very obese people. Evidence from the Swedish Obese Subjects (SOS) study indicates that clinically significant depression is three to four times higher in severely obese individuals than in similar non-obese individuals.