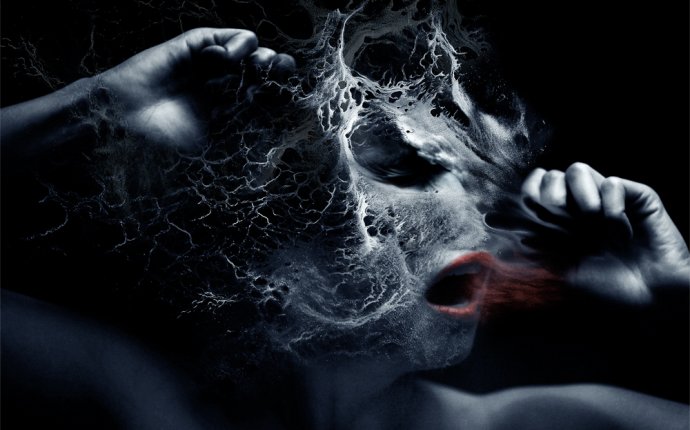 The joke is that if you ask a psychologist a question, you’ll get a question in return. “Why do we dream?” you ask, and the response you get in return should be “why would you like to know?” However, in reality, psychologists ask, and answer, fundamental questions about a wide range of topics, from the nature of the mind to the causes of discrimination, and everything in between. Although it’s a challenge to winnow the list down to 20, what follows is a good sampling of psychology’s best attempts to answer its best questions.

There may be no topic in psychology quite as controversial, or as fascinating, as extrasensory perception, or ESP. There are three forms of ESP that psychologists study: 1. Telepathy- transfer of information from one person to another without known mediation of sensory communication, 2. Clairvoyance- acquisition of information about places, people, or events without mediation of known senses, and 3. Precognition- acquisition of a future event that could not be anticipated through any known processes of inference. In a study of telepathy, or psi, for example, participants are seated in two separate rooms; while one “transmits” signals, the other attempts to “receive” them. However, critics argue that many of the effects demonstrated in ESP experiments can simply be explained by faulty methodology and sensory “leakage” in which participants inadvertently give away the answers. The only extra-sensory feature of ESP would be, if this were true, the fact that people who can perform feats involving ESP are actually very good at reading people’s very subtle signals.

Our dreams mystify us and often leave us waking up confused, disoriented, frightened, or perhaps very, very satisfied. Freud, of course, proposed that our dreams represent unconscious wishes that we’re afraid to express in our waking life. The most recent explanations aren’t totally incompatible with this theory. According to the activation-synthesis model, dreams are stories that we create out of the random stimulation that occurs in the brain while we sleep. The updated activation-integration-modulation (AIM) model proposes that dreams reflect the activity of regions of the brain active at a particular moment as well as the activity of particular neurotransmitters. This neuroscience explanation regards the stories we make up as reflecting, in part, our hidden desires, but they are not primarily the products of repressed wishes.

3. How can we motivate ourselves more effectively through reinforcement?

We’d all like to be more effective in reaching our goals, and according to behaviorists, the way to improve our effectiveness is by rewarding ourselves for the little steps that take us closer and closer to those desirable outcomes. First, find something you really like to do or something you’d like to have that can, realistically, serve as a reward. Then, take the goal that you are hoping to achieve that, realistically, you could achieve but just haven’t succeeded at yet. Next, work backward from that goal to your present state. Arrange to give yourself those desired rewards as you inch closer from where you are now to the desired end point. As you start to make progress, only give yourself a reward when you’ve moved forward from where you are now. For example, if you’d like to cut back on your television watching and instead read more often, reward yourself by allowing yourself to watch television only when you’ve read for 20 minutes, then 30, then maybe 2 hours. By the time you’ve gotten to the 2 hour mark, who knows, you may enjoy reading so much that you won’t even care about watching television anymore.

Working memory is that part of your memory system that allows you to keep information actively in “consciousness, ” either because you are learning something for the first time, or are trying to recall something you learned in the past. Theoretically, you could keep information in working memory indefinitely if you thought about it and nothing else, but obviously this would not be a very feasible task. The trick is for you to keep information for as long as you need it or be able to haul it into working memory when you need it. Psychology has three simple tricks to help your working memory: 1. by organizing large amounts of information into a smaller number of units (the “magical number of 7 plus or minus 2”), you will be able to store the information much more efficiently but then you have to use step #2; 2. Encoding so you can retrieve- you have to be able to pull up the organizational framework you created at the time of encoding if you’re going to be able to use it later, so you need to follow the adage “If you don’t encode, you can’t retrieve, ”; 3. Using “deep” processing- According to levels of processing theory, the more meaning you put into what you’re trying to remember, the better your chances of remembering it. Even putting a list of words you need to remember into a sentence, rather than just memorizing them through rote, will give you that deeper processing edge. At the same time, though, we know from eyewitness memory research, people’s memory is highly unreliable. We are likely to forget small details, or change the small details of experiences to fit with what we had expected to have happen. The classic eyewitness memory research asked participants to estimate the speed of two cars involved in an accident. If they were asked how fast the cars were going when they “smashed” into each other, participants estimated the speed as higher than if asked how fast they were going when they “contacted” each other. Similarly, people can be misled into thinking that an item was on a word list when it in fact was not. If you read a list of words that all relate to the category “sweet” (but don’t actually include “sweet”), people will think that the word “sweet” was on the list. Relying on your own, or other people’s, eyewitness memory is a risky proposition. If you need to remember something that’s happening in front of you, either write it down or snap a picture with your smartphone!

The kinds of problems that psychology can help you solve include a wide range of practical situations that confront people on a daily basis. Whether it’s hooking up a new computer, fixing a broken electrical fixture, arranging the order of foods to cook when you’re preparing a meal, or figuring out the best route home, there are similar steps involved in being a good problem-solver. Psychologists suggest that you first understand the nature of the problem, like rearranging puzzle pieces or putting things in proper order. Then, more importantly, you need to keep an open mind to possible solutions, even ones that may seem a bit out of the ordinary. In fact, sometimes the more unusual, the better. We are all very prone to mental set, and that can be a huge impediment to problem solving. Finally, be ready to start all over if your results were unsuccessful. Holding onto your first answer, even if it’s not a very good one (known as the “confirmation bias”) can impede you from ever coming up with a way out of your dilemma. Rushing ahead to complete a problem is probably the biggest mistake that people make (other than procrastinating too long!