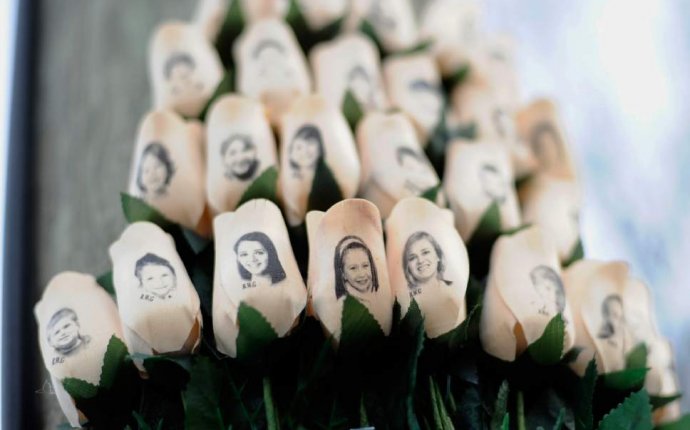 A resident sits on her bed at Oceanview Manor, an adult home in Brooklyn, New York, in September 2001. Three years ago, a federal judge ordered residents be moved out of adult homes like Oceanview Manor. (Nicole Bengiveno/The New York Times/Redux Pictures)

A federal judge in Brooklyn has accused state officials of secretly trying to subvert a landmark court order to improve care for thousands of mentally ill residents of New York City.

Three years ago, U.S. District Judge Nicholas Garaufis ended a prolonged lawsuit against New York state by ordering the Department of Health to begin moving as many as 4, 000 mentally ill residents housed in group homes to less restrictive environments where they could live more independently. As part of his order, the judge had laid out a timetable for the state to meet its obligations to men and women who had long lived in homes marked by neglect and abuse.

But at a hearing last month, Garaufis angrily charged that officials with the Department of Health appeared to have hatched a plan with the operators of the troubled group homes to get out from under his court order.

“There’s some sort of a deal, ” Garaufis said. “That’s how it appears. And we’re going to find out exactly what the deal is, because if there is a deal, I would consider it a fraud on the court.”

A spokesman for the Department of Health said there was no secret plan, and that the state remained committed to meeting its obligations under the court order. A spokesman for the attorney general’s office, which has represented the state in the litigation for more than a decade, denied its lawyers were complicit in any effort to subvert the court order. The attorney general’s office has in recent weeks sought to distance itself from the Department of Health.

The development amounted to a remarkable moment in a case that began 15 years ago with a series of exposés in The New York Times. The articles portrayed a life of misery and exploitation for vulnerable people who had been discharged from state psychiatric hospitals only to wind up effectively warehoused in for-profit homes run by operators little interested in the well-being of their residents.

Lawyers for the residents soon filed suit, and what followed were years of hearings, depositions, a lengthy trial, a successful appeal, and eventually the intervention of the U.S. Department of Justice. Ultimately, Garaufis issued his order, and installed an independent monitor to make sure the state made good on its promises to first assess, and then relocate, residents from some of the biggest and most troubled adult homes in New York City.

Garaufis was alerted to the idea that the state was working to undercut his order in February as the Department of Health prepared to update the court on its progress in relocating residents. Garaufis said the scheme, as he saw it, involved efforts by the adult home industry to have critical regulations at the heart of the 2014 settlement effectively voided. The regulations limited the ability of home operators to accept new mentally ill residents.

In laying out the alleged secret deal, Garaufis said lawyers for the adult home operators had met with officials from the Department of Health, and that they basically worked together to have a state judge issue a temporary restraining order governing the regulations. The action by the state judge, Kimberly A. O’Connor, triggered a provision in Garaufis’ order.

Under the terms of the federal order, any dispute over the regulations that cannot be resolved in 120 days would mean the entire consent decree governing the residents of the homes would be voided. Why the fate of the settlement was being litigated in state court without his knowledge, Garaufis said, was incomprehensible.

Furious, Garaufis held a hearing on March 22, one he required be attended by the state commissioner of health, the commissioner of mental health and the counsel to Gov. Andrew M. Cuomo. He excoriated the group and said he was enraged that the residents of the homes were caught up in politics.

“I will not allow the kind of political, legal activity that is going on in this case behind my back and behind the backs of the plaintiffs to continue, ” he said.

ProPublica sent requests for comment to Cuomo’s office, but got no response. A request to speak directly with Attorney General Eric Schneiderman was denied.

At the hearing in March, Garaufis authorized lawyers representing the mentally ill residents to depose an array of state officials and said if a new trial was required, he would conduct it in July, and he would require the state commissioners to attend it. He also said he was intent on exploring possible sanctions against the state.

Lawyers with one of the city’s most prestigious law firms, Paul, Weiss, Rivkind, Wharton and Garrison, have worked on behalf of the mentally ill residents for more than a decade. At the hearing in March, Garaufis allowed a lawyer from the firm to respond to the state’s conduct.

“I don’t even know how to catalogue my outrage, ” the lawyer, Andrew Gordon, said. “I mean, whether it’s the court’s efforts, Paul, Weiss’s efforts over the last 10 years, whether it is the fact that it appears that a federal order of this court has been ignored, whether it is the fact that the Department of Health and Office of Mental Health — who are charged with protecting one of the most vulnerable populations — appears to be in cahoots with the adult home industry. I don’t even know where to start.”

The state, according to Garaufis, is behind in meeting its deadlines for assessing residents of the homes and moving those who want to move into more independent housing. By July 2017, the fourth year of the settlement, the state is supposed to have assessed at least 2, 500 adult home residents and to have helped move out those appropriate. By December 2016, it had only assessed 1, 545 residents and moved 472 residents into supportive housing, according to the judge.

The Department of Health said it, in fact, was on schedule to meet the requirements of the court order. To date, a spokesman said, the state had provided information on the option to move to 4, 406 individuals.

In a statement, Gary Holmes, an assistant commissioner at the Department of Health, said:

“New York remains unequivocally committed to supporting adult home residents, which is why we are working tirelessly to meet the requirements of the settlement agreement. At the same time, we are also responsible for ensuring that the individual needs of each resident are met — including their constitutional right to choose where to live. But one of these actions doesn’t come at the expense of the other, and considering the steps we are taking to prioritize the well-being of vulnerable New Yorkers, the assertion that this isn’t our goal is misinformed and offensive.”

By Garaufis’ telling, the collusion between the state and the adult home industry began with an unremarkable case in state court in Albany. Jeffrey Sherrin, a lawyer representing the industry, asked an Albany judge to act on behalf of a single adult home resident who had moved from an adult home, but wanted to return.

As part of the 2014 legal settlement, the state had agreed to adopt and enforce regulations aimed at limiting the number of mentally ill people who could be living at the troubled group homes at any given time. The regulations were meant to promote the continuing process of placing residents in apartments more integrated into the city’s neighborhoods.