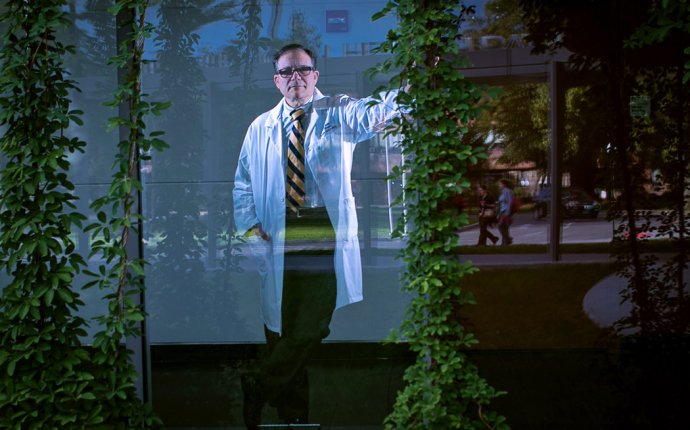 White HouseAmong other things, the gun-related "executive actions" that President Obama is announcing today aim to "increase mental health treatment and reporting to the background check system." To put it another way, the president wants to encourage more people with mental problems to seek professional help while increasing the likelihood that doing so will result in the permanent loss of their Second Amendment rights. Those two goals may prove hard to reconcile.

The Obama administration is proposing "a new $500 million investment to increase access to mental health care, " saying, "We must continue to remove the stigma around mental illness and its treatment—and make sure that these individuals and their families know they are not alone." At the same time, it is reinforcing that stigma by assuming that people forced to undergo psychiatric treatment can never be trusted with a gun. Obama wants to beef up the federal government's list of "people prohibited from possessing a gun for specific mental health reasons." Those reasons include court-ordered psychiatric treatment, even when the justification is protecting a purportedly suicidal person from himself.

A federal appeals court cast doubt on the constitutionality of that policy in a 2014 case involving a 73-year-old man who was barred from buying a gun because he had been forced to undergo psychiatric treatment decades before after an emotionally devastating divorce. His daughters were concerned that he might be suicidal, and a court ruled that he posed a threat to himself. Since then, he has not experienced any more bouts of depression. A psychologist who evaluated him in 2012 found no evidence of mental illness and concluded that the 1985 incident "appeared to be a brief reactive depressive episode in response to his wife divorcing him." Yet under 18 USC 922(g)(4), that one incident barred him from ever owning a gun.

Obama also wants the government's database to include people who receive disability benefits from the Social Security Administration and are deemed "unable to manage those benefits because of their mental impairment." In practice, that could mean that any recipient assisted by a fiduciary (a.k.a. representative payee) would lose his Second Amendment rights, even though the fact that someone needs help with financial matters does not necessarily mean he is incapable of being a responsible gun owner. As with mental health treatment, such a policy could discourage SSDI recipients who need help from asking for it, since they could lose their guns as a result.

Critics of New York's SAFE Act, which requires mental health professionals to report anyone they deem "likely to engage in conduct that will cause serious harm to self or others, " have raised similar concerns. "The threshold for reporting is so low, " a Queens psychiatrist told The New York Times in 2014, "that it essentially advertises that psychiatrists are mandatory reporters for anybody who expresses any kind of dangerousness." In practice, since the county officials who review such reports have little incentive to second-guess them, clinicians have the power to disarm any patient they think might be a danger to himself or others, which is not exactly conducive to trust or candor.