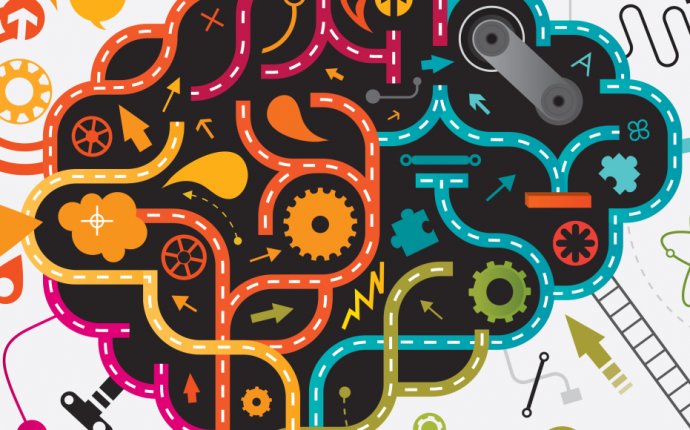 Sleep is supposed to be that blissful part of our day where we allow our bodies and minds time to relax so that they can repair themselves leaving us energized and ready to tackle the next day. For some people with certain rare sleep disorders however, strange things happen during sleep. Things so strange that they can be at best terrifying for the sufferer, and at worst, deadly.

Here is a look at 6 terrifying and strange sleep disorders:

Many of us look forward to those magical days where we get to enjoy a few extra hours of sleep. Often it's because we need a little extra sleep to make up for time lost during the week, and sometimes it's just because we want to sleep a little more. For whatever reason, a few extra hours of sleep is just what seems to be needed. But could you imagine sleeping up to 23 hours in a day? How about 23 hour a day for up to 3 weeks in a row? Getting that much sleep doesn't sound very magical, but that's exactly what sufferers of Kleine-Levin Syndrome experience.

Although nicknamed "Sleeping Beauty Syndrome, " the disorder primarily affects young males around the age of 15 with symptoms prevailing for around 8 years (longer in women). During episodes of the disorder, sufferers sleep nearly entire days away for several days to weeks at a time. During periods of sleep it is very difficult to wake them up.

And when they do wake they often exhibit unusual and excessive behaviors such as: binge eating, compulsive behaviors, heightened sex drive, confusion, apathy, hallucinations, and sometimes childlike behaviors.

Periods of time between bouts of the disorder can last from 6 months to a year where the sufferer has perfectly normal sleep patterns and behaviors.

Little is known as to the causes of the disorder although according to a study published in Brain there has been some link to it being preceded by an infection in more than 2/3 of patients. The only medication that has proven beneficial is the mood stabilizer lithium.

During sleep your body cycles betweens stages of rapid eye movement (REM) sleep and non-rapid eye movement (NREM) sleep. During REM sleep, brain activity increases significantly (similar to brain activity during periods of wakefulness) causing you to have dreams. As a response to keep the body from acting out those dreams, your body enters a state of paralysis while in REM sleep, shutting down all voluntary muscles.

Here's where things get terrifying: some people wake during REM sleep while their body is still paralyzed. During this time they are aware of their surroundings but unable to move or speak.

As if being paralyzed isn't frightening enough, many people who experience sleep paralysis report having visual and sometimes auditory hallucinations as well as intense feelings of fear, panic, and a shortness of breath. Many sufferers report feeling a presence in the room or even on top of them crushing the wind from their lungs.

The visions of shadowy figures present in the room are so widespread that many cultures around the world have names or associations for the figures including "incubus, " "the old hag, " or "the shadow man." Sleep paralysis is also thought be an explanation for tales of nocturnal alien visitations and abductions in the U.S.

Sleep paralysis is fairly common. It's estimated that approximately 50% of people will experience at least one episode of sleep paralysis in their lifetime, but only about 4% of people have had more than 5 episodes.

As terrifying as sleep paralysis is for the sufferer, it is virtually harmless and most people are able to regain movement of their limbs after just a few moments or minutes. However, being able to go back to sleep after such a frightening experience will probably take a lot longer.

At the other end of the spectrum from sleep paralysis is the disorder known as REM sleep behavior disorder. This disorder occurs when the body does not become paralyzed during sleep, allowing sleepers to act out their dreams. This disorder can prove very frightening, especially when the dreams being acted out are violent in nature. Such acts can include yelling and screaming, punching, kicking, thrashing about, jumping out of bed, and even running. REM sleep behavior disorder can lead to injury for both the sufferer themselves as well as their bedpartners.

Even more frightening is the link between REM behavior disorder and other neurological disorders. According to the article Acting Out Our Dreams May Lead to Injury, "REM behavior disorder is frequently associated with other neurologic disorders, and 50% of patients will have another disorder like Parkinson’s disease, dementia with Lewy bodies, and multiple system atrophy, " and those who have REM behavioral disorder are also 65% more likely to develop those other disorders years or even decades after symptoms first appear.

Sleepwalking seems strange enough in itself–getting up out of bed and walking around in the middle of the night without even realizing it. But acting out other behaviors while still asleep can get even stranger.

Recently a man in Sweden had his conviction of raping his female roommate overturned after an appeals court determined the occurrence most likely occurred while the defendant was asleep and accepted sexomnia as a viable defense. His mother testified that he had grown up with unusual sleep behaviors, as well as a previous girlfriend attesting that he had engaged in sexual acts with her while he was asleep and he awoke confused as to what was happening.

What's even more horrifying is that between 1996 and 2011, eighteen cases of sexomnia as a defense for rape were tried in Britain. Of those 18 cases tried, 12 ended in acquittals. (source).

Exploding Head Syndrome may sound like a condition fabricated by Hollywood for a science fiction film, but it's a real disorder. However, unlike some of the other disorders on this list, the condition is not exactly what it sounds like–nobody's head literally explodes.

Sufferers of EHS experience hypnagogic auditory hallucinations. Meaning that as they are beginning to fall asleep, or within a short time of entering sleep, they are startled awake by extremely loud noises. Most sufferers report the sounds as being similar to explosions, gun shots, a door slamming shut, loud shouts, or cymbals crashing together. Sometimes visual hallucinations of bright flashes of light accompany the sounds.

As frightening as it may be to awaken with such an abrupt start, there is no pain or residual headaches as a result of the violent sound, but most sufferers report feeling panicked or anxious before waking and (obviously) after waking.

While exploding head syndrome is not a harmful disorder in itself, those with persistent recurring symptoms can develop a fear of sleeping which can lead to developing another sleep disorder: sleep-onset insomnia.

If you've ever wondered can you die from a lack of sleep? The answer is yes, yes you can...kind of.

Fatal familial insomnia is a condition which begins with trouble getting to sleep one night and steadily increases until within a few months the sufferer is no longer able to sleep. The lack of sleep itself is not what proves to be deadly for the sufferers but rather other symptoms that begin to manifest themselves shortly after they begin to lose the ability to go to sleep. The body begins to have abnormal functions of the autonomic nervous system leading to the body having difficulty controlling blood pressure, heart rate, and body temperature.

RT @RoryOMalley: @Unique_charity His mom, my friend @deliahauser:Without a roadmap for what to expect or want to check out physically, rare…