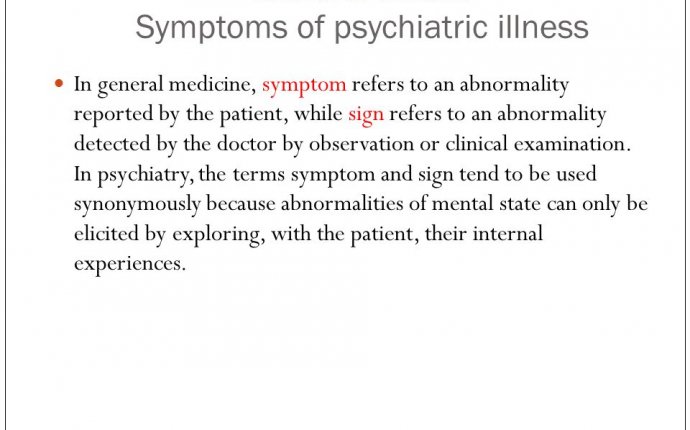 NEW HAVEN > For those suffering severe mental illness, traditional medications and talk therapy may not be adequate to relieve the symptoms from depression, schizophrenia, bipolar disease and other mood disorders.

Besides offering these treatments, Dr. Robert Ostroff, a psychiatrist and co-medical director of Interventional Psychiatric Services, and his colleagues are working to correct misconceptions about them and to warn about their misuse.

“Ketamine is a medication that was initially approved for anesthesia about 30 years ago, ” Ostroff said.

“We screen people for what we call treatment-resistant depression, which means they’ve failed at least four other anti-depressant trials, ” Ostroff said. “We’re currently using it as a treatment for people with significant depression who’ve been ill for a significant period of time and have multiple trials of medication that have not worked.”

At the Yale New Haven Psychiatric Hospital, patients are carefully monitored while on ketamine therapy. However, “there’s chains [offering ketamine] all over the country and we’re not very happy about it, actually, ” Ostroff said. “My concern is that we need a lot more evidence about the use of this before it hits prime time.

“We were the first academic site to use it clinically. We started about 2½ years ago, and the for-profits began springing up then, and they’ve begun taking off, ” he said.

There has been concern about ketamine’s misuse as a potentially addicting street drug, when taken at much higher doses. The drug sold illegally often is contaminated, Ostroff said.

“Because we’re careful about the people we choose [for treatment], we’ve never had a problem with ketamine abuse in our patient population, ” he said.

Ketamine is administered through “a slow intravenous infusion that’s done over 40 minutes, ” Ostroff said. “We think there’s ample evidence that it has an acute anti-depressant effect.”

An advantage of ketamine is that it relieves symptoms almost immediately, as opposed to traditional anti-depressants, which can take as long as a month to fully take effect. “About half of our patients have a remission of their depression by the time they leave after the first infusion. That’s the exciting part of this, ” Ostroff said.

“The evidence that’s also clear is this does not last, ” he said. “So people will stay well for a week or two and then relapse. … We get a much more lasting effect if we do four to six treatments over three weeks. We’re finding much longer effects of that lasting for several months.” Also, studies are needed to determine ketamine’s safety over a longer period. Side effects have been minimal, Ostroff said.

While ketamine does not offer long-lasting relief, neither do traditional anti-depressants, such as Prozac or Paxil. Patients on those drugs, which are prescribed as a first-line treatment for depression, will often relapse if they stop taking them, Ostroff said.

“There is no anti-depressant treatment that we have, whether it’s medicine, electroconvulsive therapy or pharmacotherapy, that lasts very long if you stop the treatments, ” Ostroff said. The relapse rate after stopping traditional anti-depressants is 50 percent. But if a patient with serious depression doesn’t respond to those, then ketamine may be called for, he said.

Dr. Rachel Katz, chief resident of the interventional service, said the center screens patients using “a combination of different sorts of evaluation, ” including “psychiatric assessment, information from their outpatient treaters, information from family and friends [about] how it may have impacted their … professional and personal lives.”

Because patients who have completed a ketamine regimen have already unsuccessfully tried the most common anti-depressants, known as selective serotonin reuptake inhibitors, or SSRIs, the next step is cognitive behavioral therapy, “which seems to extend the response [of ketamine] and lower the relapse rate, ” Ostroff said.

While ketamine is not approved as an anti-depressant by the Food and Drug Administration, doctors are free to prescribe it for mood disorders. Such “off-label” use is common. Up to 70 percent of all drugs are prescribed for treatments that haven’t been approved by the FDA, Ostroff said.

“In order to get the FDA to approve a drug for usage in a condition, they have to fund large multi-center studies, ” which cost more than $100 million, Ostroff said. So pharmaceutical companies won’t do such a study on a generic drug like ketamine, which is very inexpensive, because it’s not worth their while financially.

However, a component of ketamine, known as esketamine, has been patented by Janssen, the pharmaceutical division of Johnson & Johnson, and has been given a “breakthrough therapy designation” by the FDA, which puts it on an expedited pathway to approval. It eventually could be developed as a nasal spray, Ostroff said.

“The IV infusions we use are a mix of the two, ” Katz said.

Katz said of ketamine, “It can be transformative. We’re still collecting data and trying to figure out who will benefit from the medication and who won’t.”

Another treatment offered by Interventional Psychiatric Services is electroconvulsive therapy. “It’s very misunderstood, [it’s] a very effective treatment for depression, ” Ostroff said. “It’s also a serious treatment because it’s done under anesthesia, ” which carries its own risk. However, the results are positive.

ECT is also used in cases of bipolar disorder, schizoaffective disorder and other mental illnesses. Long controversial, it has been publicized as a life-saving treatment by Kitty Dukakis, wife of former Massachusetts Gov. Michael Dukakis, in the book “Shock: The Healing Power of Electroconvulsive Therapy, ” written with Larry Tye.

Electrical leads are placed in different places on the skull, depending on the patient, who is then “put to sleep with an anesthetic agent, then they’re paralyzed with another anesthetic agent, ” Ostroff said. “Then an electric current is administered to induce a grand mal seizure that lasts about 20 to 30 seconds and then, within a couple of minutes, people wake up.

“The typical reaction to the first treatment is people don’t believe that they were treated because it happens so quickly, ” Ostroff said.

“About one-third of our patients go to work after the treatment, a third go home and take a nap and go to work the next day, and about a third don’t work at all during the time they’re being treated, ” he said. Treatments are typically done three times a week for three weeks.

Current Issues in the Field of Psychology

what is mental Disease