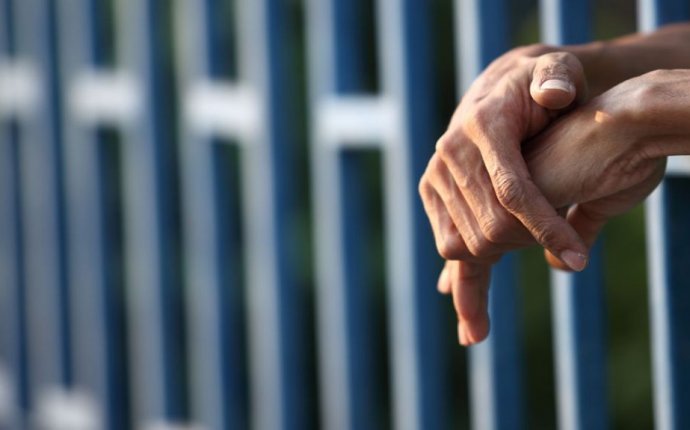 'One in seven prisoners have a psychotic illness or major depression and around one in five enter prison with clinically significant substance abuse disorders. As these disorders are common and mostly treatable, better screening and mental health services before and after release are essential to prevent future violence and improve both public health and safety, ' says Seena Fazel, lead author and Professor of Forensic Psychiatry at the University of Oxford in the UK.

Male prisoners with any psychiatric disorder were over a half (63%) more likely to commit a violent offence after release than other prisoners, whilst female prisoners diagnosed with a psychiatric disorder were twice as likely be violent following release. These differences remained even after accounting for the influence of age, martial status, employment, education, immigrant background, and criminological and, in the men, familial (genetic and environmental) factors.

The authors caution that more data are needed before diagnosed psychiatric disorders can be causally linked with violent reoffending. According to Professor Fazel, 'Because the number of prisoners with psychiatric disorders is large, our findings suggest that better mental health care in prison and stronger links with community health services could improve both prisoners' quality of life and go a long way toward counteracting the cycle of violent reoffending. In the USA, for example, former prisoners account for up to a fifth of all arrests, so better treatment could lead to substantial reductions in the more than 1 million violent crimes committed every year.'

He adds, 'It underscores the importance of treating alcohol and drug misuse actively and with evidence-based therapies.'

The authors conclude by calling for national violence prevention strategies to include prison health in their targets, strategies, and surveillance.

They write, 'Governments and some justice agencies might be tempted by the simple message that the answers to issues in the criminal justice system lie with mental health services. Meanwhile, the claim that mental illness is a direct cause of violence will make uncomfortable reading in mental health. The implication of this study lies between the two: treatment of psychiatric disorders in prisons and on release is crucial, but will not be enough to bring about a major reduction in violent crime. Comprehensive packages of treatment and social support are needed that hold a therapeutic mirror to the complexity and adversity of offenders’ lives.'

RT @MHCNSW: New research: the prevalence of common mental disorders & the proportion of ppl on disability support pensions for psychiatric…

@IBS Remedy: Psychiatric disorders such as anxiety and major depression are common in IBS.