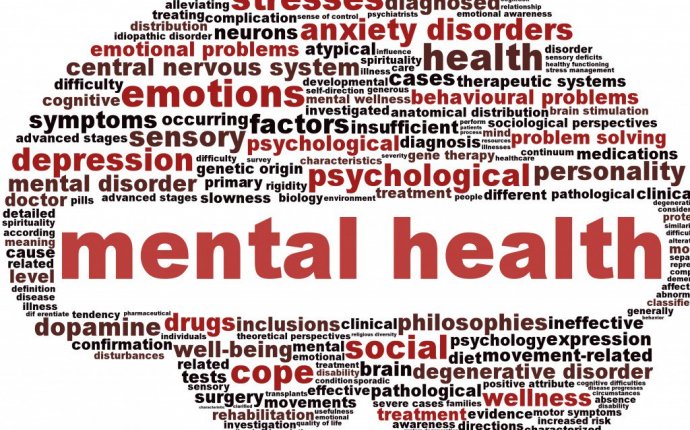 N. 1) mental illness of such a severe nature that a person cannot distinguish fantasy from reality, cannot conduct her/his affairs due to psychosis, or is subject to uncontrollable impulsive behavior. Insanity is distinguished from low intelligence or mental deficiency due to age or injury. If a complaint is made to law enforcement, to the district attorney, or to medical personnel that a person is evidencing psychotic behavior, he/she may be confined to a medical facility long enough (typically 72 hours) to be examined by psychiatrists who submit written reports to the local superior/county/district court. A hearing is then held before a judge, with the person in question entitled to legal representation, to determine if she/he should be placed in an institution or special facility. The person may request a trial to determine sanity. The original hearings are often routine with the psychiatric findings accepted by the judge. In criminal cases, a plea of "not guilty by reason of insanity, " will require a trial on the issue of the defendant's insanity (or sanity) at the time the crime was committed. In these cases the defendant usually claims "temporary insanity" (crazy then, but okay now). The traditional test of insanity in criminal cases is whether the accused knew "the difference between right and wrong, " following the "M'Naughten Rule" from 19th Century England. Most states require more sophisticated tests based on psychiatric and/or psychological testimony evaluated by a jury of laypersons or a judge without psychiatric training. 4) a claim by a criminal defendant of his insanity at the time of trial requires a separate hearing to determine if a defendant is sufficiently sane to understand the nature of a trial and participate in his/her own defense. If found to be insane, the defendant will be ordered to a mental facility, and the trial held only if sanity returns. 5) sex offenders may be found to be sane for all purposes except the compulsive dangerous and/or anti-social behavior. They are usually sentenced to special facilities for sex offenders, supposedly with counseling available. However, there are often maximum terms related to the type of crime, so that parole and release may occur with no proof of cure of the compulsive desire to commit sex crimes. (See: M'Naughten Rule, temporary insanity)

In English law, every person is presumed sane unless the contrary is proved. The burden of proving insanity rests with the accused. The issue of fitness to plead will be decided by the judge not the jury. When the judge finds that the defendant is unfit to plead, the jury will decide whether the defendant did the act or made the omission. When insanity is pled as a defence, the criteria for determining whether or not the plea should be successful are the McNaghten rules. To establish such a defence the accused must show that at the time of committing the offence he was suffering from such a disease of the mind or defect of reason that he did not know the nature and quality of the act he was doing; or if he did know it that he did not know he was doing what was wrong. If the accused was aware that what he was doing was something he ought not to do and the act committed was at the time an offence, he is punishable. If the defence succeeds, the accused must be declared not guilty by reason ofinsanity.

In Scotland, as a defence, the state of mind must have been in existence at the time of the act in question. If sane at the time of the trial and the defence is established, then the accused will not be convicted. The accused must prove his insanity on balance of probabilities. The test is the overpowering of reason by a mental defect, leaving the person unable to control his own conduct. The McNaghten rules do not apply in Scotland. Scots law recognizes an intermediate state between sanity and insanity, mitigating the crime of murder or attempted murder but not exculpating: the plea is called diminished responsibility (see HOMICIDE). If successful, it results in a conviction for culpable homicide for which there is no mandatory sentence such as life imprisonment or, as was formerly the case, death by hanging. Non-insane automatism is recognized in Scots law as an exculpating factor.