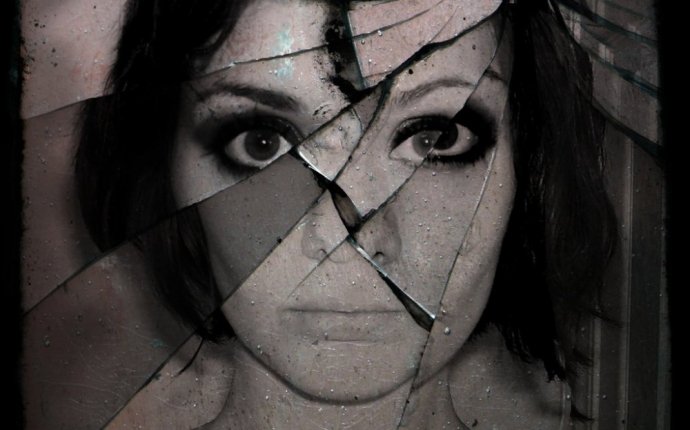 Over the past few months we have been talking about the power of defense mechanisms. It is unfortunately common to employ defense mechanisms that actually enhance your own emotional suffering. And of course, what we want you to employ are resources that help you recover not defense mechanisms that keep you stuck. You have suffered enough from the pathological love relationship and the last thing you need is for your own psychology to be working against you. So today we’re going to talk about ‘fantasy’ and how that too can effect your emotional suffering.

Eckhart Tolle said “Emotional suffering is created in the moment we don’t accept what is.”

Women who are in relationships with pathologicals have a very strong trait of ‘fantasy.’ Fantasy is not just merely wishful thinking but has additional components in it that effect your here and now life. Fantasy is often associated with the future and in some ways, the past.

Abandonment is an early childhood feeling. As adults, we don’t technically feel ‘abandoned’ although that’s the feeling state we think we are having when someone leaves us. The adult feeling state is loss, not abandonment but when someone has unresolved early childhood abandonment issues, any loss will template it self on top of the feelings of abandonment. Adults are techincally incapable of being abandoned (unless you are, for instance, medically dependent.) The reason we aren’t capable of being abandoned as adults is that as mentally healthy adults, we really can’t be abandoned in the childhood sense. The feeling is an early childhood feeling usually associated with a time of parental abandonment. It is an age-regression feeling–something that pulls you back to your childhood or a very young emotional state. Every time I write about abandonment I will get a furious letter from someone INSISTING they are adults and they feel abandoned. There are two categories in which adults go through intense feelings of child-like abandonment. One is if the adult has a trauma disorder and has unresolved early childhood issues from parental abandonment that have not been treated in therapy. In that case, those feelings often resurface attached to unprocessed traumatic feelings. The other intense abandonment feeings are often held by people with Borderline Personality Disorder who regularly feel abandoned.’ I still maintain as a former psychotherapist, that are adults cannot be abandoned unless you are elderly, medically need care, or have cognitive disorders that require caretaking. This is not to say you don’t PERCEIVE yourself as abandoned. But if you were dropped in the middle of a city ‘abandoned’ you would make your way to the police department or social services and would be fed, sheltered, and given provisions. Therefore, you were not abandoned the way a child would experience if dropped in the middle of a city.

The feeling of ‘ending’ a relationship often subconsciously sets off childhood feelings of abandonment. These are past associations that taps into fantasy that it is happening all over again when it really isn’t. The previous male in your life who did abandon you as a child (for instance) is not the same thing as a pathological leaving your adult life.

But inside, emotionally, the child feeling state is so strong that it feels like a ‘hole in the soul.’ The fantasy of THIS (him leaving) being the same as THAT (my parent left me) takes hold and your panic makes you go back to stop the panic or allow him back in to squelch the sense of abandonment.

Fantasy is also future oriented. Fairytales are fantasy based on “Once upon a time….and happily ever after” which is all the good stuff that ‘might’ happen in the future. Nothing evokes stronger fantasy thinking than the holidays which bring up either good memories of holidays past or, the total fantasy that THIS year will be the ‘Once upon a time’ holiday.

Why? Because pathology is the inability to change and sustain consistent postive change, grow in any meaningful way, and the inability to for him to see how his behavior negatively effects others.

But women also stay in pathological relationships based on ‘projected fantasies’ that is, she fantasizes he will be happy with the NEXT woman and the next women will get all his good traits and none of his bad. This too is fantasy….that his pathology somehow will not effect he next woman the way it effects you. (You can’t turn pathology on and off like a light switch!)

Pathology Effects EVERYONE the SAME!! (Unless she’s pathological as well–then who cares if he goes on to have a relationship worthy of a Jerry Springer Show?).

* Women fantasize that this ‘abandonment’ feeling will effect her the way the childhood abandonment did. (And it will not–just as an FYI for you).

* Women fantasize that he will be different with them. If he is trully pathological he is hard-wired. This IS his DNA.

* Women fantazie that he will be happy in the future and she is missing out on something. If he is truly pathological, his patterns don’t change.

Fantasy is not related to the here and now. Fantasy is not being present in your real life to what is happening around you in this moment. Fantasy is ‘out there somewhere’ kind of thinking. Come back to what’s real right now. List the 5 most real points about him right here:

Now stand back, step out of the childhood feelings, and look at the list with adult eyes. You can’t be abandoned as an adult because where ever you go, there you are and you are all you need as an adult. You don’t have dependency needs as an adult like you did as a child. To be abandoned is to be dependent on the one who is abandoning. Adults are not dependent.

Your real life is going on right NOW while you are in your head about his drama and the pathological intrigue. You are MISSING your real life that is happening right now! Drama, obsession and intrusive thoughts are usually about fantasy–the past or the present. It sure isn’t about this present moment and what’s happening right now. Such as, you might be ignoring your own health, your own self care and happiness and maybe that of your children and friends because of how much time you spend in fantasy. Fantasy is telling you ‘just a little longer and he’ll get it and then I’ll have the life I really want.’

Fantasy wants to whisper in your ear to ignore it all for a few days during the holidays when you can pretend to be that Normal Rockwell family. But on December 26th, Mr Pathology will be there in all his glittering Cluster B-ness to remind you nothing happened except a Christmas Tree. You unwrapped a ‘gift’ of pathology because all you really wanted for Christmas was your pile of fantasy, right? NO! No adult really wants for Christmas ‘her own psychopath.’

There is stil time to straighten out your Holiday Fantasy Thinking before December 24th. Get a hold of it so you can enjoy a pathology-free holiday.

RT @_coralien_: Schizophrenia A mental disorder that causes fantasy, delusion and a sense of mental fragmentation 🎈