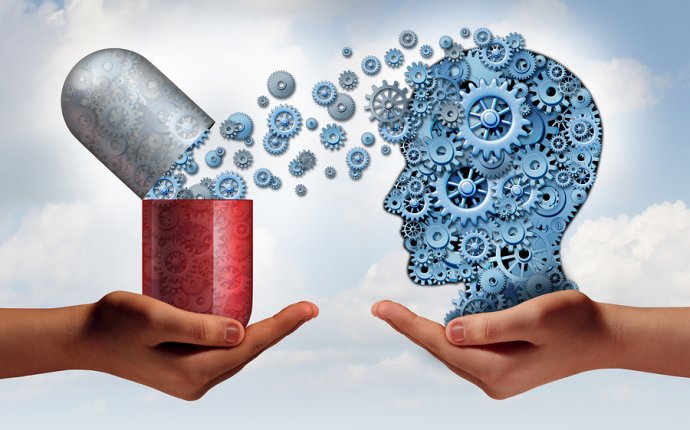 Most people with bipolar disorder, even those with the most severe forms, can achieve substantial stabilization of their mood swings and related symptoms with proper treatment. Because bipolar disorder is a recurrent illness, long-term continuous preventive treatment is strongly recommended and almost always indicated. A strategy that combines medication and psychotherapeutic treatment is optimal for managing the disorder over time. Even when there are no breaks in treatment, mood changes can occur and should be reported immediately to the doctor, who may be able to prevent a full-blown episode by making adjustments to the treatment plan. Working closely with the doctor and communicating openly about treatment concerns and options can make a difference in treatment effectiveness.

In addition, keeping a chart of daily mood symptoms, treatments, sleep patterns, and life events may help people with bipolar disorder and their families to better understand the illness. This chart also can help the doctor track and treat the illness most effectively.

While primary-care physicians who do not specialize in psychiatry may prescribe psychotropic medications, it is recommended that people with bipolar disorder see a psychiatrist for treatment.

Lithium, the first mood-stabilizing medication approved by the U.S. Food and Drug Administration (FDA) for treatment of mania, is often very effective in controlling mania and preventing the recurrence of both manic and depressive episodes.

Children and adolescents with bipolar disorder generally are treated with lithium, but valproate and carbamazepine are also used. Researchers are evaluating the safety and efficacy of these and other psychotropic medications in children and adolescents. There is some evidence that valproate may lead to adverse hormone changes in teenage girls and polycystic ovary syndrome in women who begin taking the medication before age 20. Therefore, young female patients taking valproate should be monitored carefully by a physician.

Women with bipolar disorder who wish to conceive or who become pregnant face special challenges due to the possible harmful effects of existing mood stabilizing medications on the developing fetus and the nursing infant. Therefore, the benefits and risks of all available treatment options should be discussed with a clinician skilled in this area. New treatments with reduced risks during pregnancy and lactation are under study.

Atypical antipsychotic medications, including clozapine and ziprasidone, are being studied as possible treatments for bipolar disorder. Evidence suggests clozapine may be helpful as a mood stabilizer for people who do not respond to lithium or anticonvulsants. Other research has supported the efficacy of olanzapine for acute mania, an indication that has recently received FDA approval. Olanzapine may also help relieve psychotic depression.

If insomnia is a problem, a high-potency benzodiazepine medication such as clonazepam or lorazepam may be helpful. However, because these medications may be habit-forming, they are best prescribed short-term. Other types of sedative medications, such as zolpidem, are sometimes used instead.

Changes to the treatment plan may be needed at various times during the course of bipolar disorder to manage the illness most effectively. A psychiatrist should guide any changes in type or dose of medication. To avoid adverse reactions, patients should tell the psychiatrist about all other prescription drugs, over-the-counter medications, or natural supplements they may be taking.

People with bipolar disorder, particularly those with rapid mood cycling, often have abnormal thyroid gland function. Because too much or too little thyroid hormone alone can lead to mood and energy changes, it is important that thyroid levels are carefully monitored by a physician. Lithium treatment may cause low thyroid levels in some people, resulting in the need for thyroid supplementation.

Depending on the medication, side effects may include weight gain, nausea, tremors, reduced sex drive, anxiety, hair loss, movement problems, or dry mouth. The doctor may be able to change the dose or offer a different medication to relieve these. Medication should not be changed or stopped without the psychiatrist's guidance.

As an addition to medication, psychotherapeutic treatments—including certain forms of psychotherapy, or talk therapy—are helpful in providing support, education, and guidance to patients and their families. Studies have shown that these interventions can lead to increased mood stability, fewer hospitalizations, and improved functioning in several areas. A licensed psychologist, social worker, or counselor typically provides these therapies and often works together with the psychiatrist to monitor progress. The number, frequency, and type of sessions should be based on the treatment needs of each person.

Psychotherapeutic interventions commonly used for bipolar disorder are cognitive behavioral therapy, psychoeducation, family therapy, and interpersonal and social rhythm therapy (IPSRT). Researchers at the National Institute of Mental Health are studying how these interventions compare to one another when added to medication treatment.