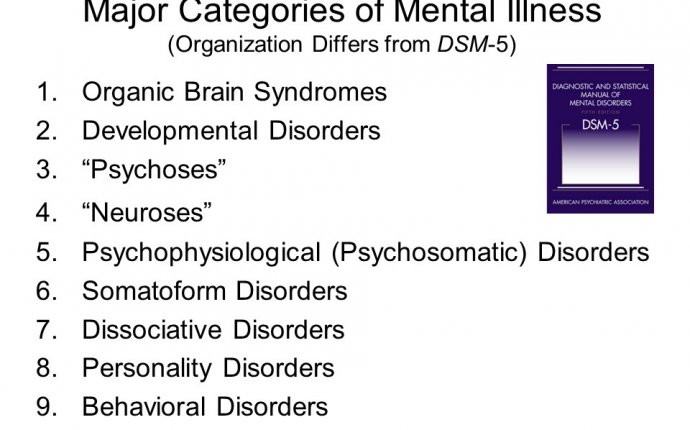 The law defines the following conditions as a serious mental illness:

Pervasive Developmental Disorder
These disorders are characterized by severe deficits and pervasive impairment in multiple areas of development. These include impairment in reciprocal social interaction, impairment in communication, and the presence of stereotyped behavior, interests, and activities. Listed below are the codes and names:

0 is for current or active 1 is for residual state

Some of the Non-Serious Mental Illness diagnoses (non-inclusive list) are: