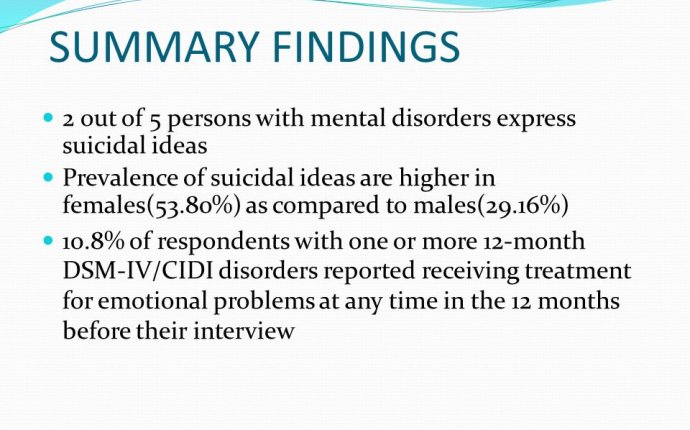 Five years ago, Colton and Mandersheid surveyed mortality data from eight states and concluded that, on average, Americans with major mental illness die 14 to 32 years earlier than the general population. The average life expectancy for people with major mental illness ranged from 49 to 60 years of age in the states they examined — a life span on par with many sub-Saharan African countries, including Sudan (58.6 years) and Ethiopia (52.9 years). Average life expectancy in the United States is 77.9 years. It would appear that the increase in longevity enjoyed by the general U. S. population over the past half century has been lost on those with serious mental illness (SMI). In fact, this drop in life expectancy due to mental illness would surpass the health disparities reported for most racial or ethnic groups. Yet this population is rarely identified as an underserved or at-risk group in surveys of the social determinants of health.

Why is there such a profound disparity in life expectancy for those with SMI? Disorders such as schizophrenia, major depression, and bipolar disorder are risk factors for suicide, but most people with SMI do not die by suicide. Rather, the 5 percent of Americans who have SMI die of the same things that the rest of the population experiences — cancer, heart disease, stroke, pulmonary disease, and diabetes. They are more likely to suffer chronic diseases associated with addiction (especially nicotine), obesity (sometimes associated with antipsychotic medication), and poverty (with its attendant poor nutrition and health care) and they may suffer the adverse health consequences earlier.

The risks are striking. People with a mental illness are more than twice as likely to smoke cigarettes and more than 50 percent more likely to be obese compared to the rest of the population. But this only partly explains the premature mortality. Recently, when Druss and colleagues analyzed the early mortality data derived from a nationally representative survey, they found three drivers: clinical risk factors, socioeconomic factors, and health system factors.

RT @andrewkurtser: It's only fitting that a mentally unstable POTUS has signed a resolution that would allow 75, 000 persons with mental dis…