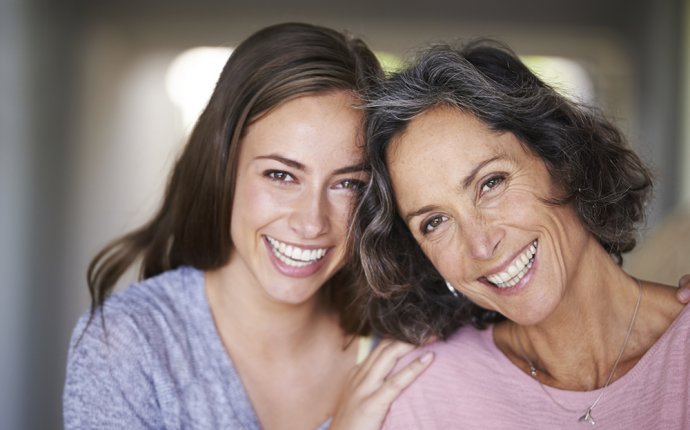 It’s true enough that all daughters of unloving and unattuned mothers have common experiences. The lack of maternal warmth and validation warps their sense of self, makes them lack confidence in or be wary of close emotional connection, and shapes them in ways that are both seen and unseen.

What are they missing? I will quote Judith Viorst because her description of what an attuned mother communicates through gaze, gesture, and word is pitch perfect:

Yet, despite the broad strokes of this shared and painful experience, the pattern of connection—how the mother interacts with her daughter—varies significantly from one pair to another. These different behaviors affect daughters in specific ways. I’ve compiled a list of these patterns, drawn from my own experiences and those of the many daughters I’ve spoken to over the years since I first began researching Mean Mothers. Since I’m neither a therapist nor a psychologist, the names I’ve given them aren’t scientific but chosen for clarity. Yet differentiating these patterns in broad terms can help daughters recognize, understand, sort through, and ultimately begin to manage these very problematic and painful interactions. These behaviors aren’t mutually exclusive, of course; my own mother was dismissive, combative, unreliable, and self-involved by turns.

“My mother ignored me, ” Gwen, 47, confides. “If I did something that I thought would make her proud, she would either dismiss it as insignificant or undercut it in some other way. And I believed her for the longest time.” Daughters raised by dismissive mothers doubt the validity of their own emotional needs. They feel unworthy of attention and experience deep, gut-wrenching self-doubt, all the while feeling intense longing for love and validation. Here’s how one daughter described it:

“My mother literally didn’t listen to me or hear me. She’d ask if I were hungry and if I said I wasn’t, she’d put food in front of me as if I’d said nothing. She would ask what I wanted to do over the weekend or summer, ignore my answer, and then make plans for me. What clothes did I want? The same thing. But that wasn’t the central part: she never asked me how I was feeling or what I was thinking. She made it clear that I was largely irrelevant to her.”

Dismissive behavior, as reported by daughters, occurs across a spectrum, and can become combative if the mother actively and aggressively turns dismissal into rejection. Human offspring are hardwired to need and seek proximity to their mothers, and therein lies the problem: the daughter’s need for her mother’s attention and love isn’t diminished by the mother’s dismissal. In fact, from my own personal experience, I know that it can amp up the need, thrusting the daughter into an active pattern of demand (“Why don’t you care about me/ love me, Mom?” or “Why do you ignore me?”) or a plan to “fix” the situation (“I’ll get all A’s in school or win a prize, and then she’ll love me for sure!”). The response, alas, is inevitably the mother’s further withdrawal, often accompanied by complete denial about what took place.

In many ways, this is another form of the dismissive interaction although it presents very differently; the key link is that the controlling mother doesn’t acknowledge her daughter any more than the dismissive one does. These mothers micromanage their daughters, actively refuse to acknowledge the validity of their words or choices, and instill a sense of insecurity and helplessness in their offspring. Most of this behavior is done under the guise of being for the child’s “own good;” the message is, effectively, that the daughter is inadequate, cannot be trusted to exercise good judgment, and would simply flounder and fail without her mother’s guidance.

Emotionally unavailable mothers, those who actively withdraw at a daughter’s approach or who withhold love from one child while granting it to another, inflict a different kind of damage. Be mindful that all children are hardwired to rely on their mothers thanks to evolution. “My mother wasn’t mean, ” one daughter writes, “But she was emotionally disconnected from me and still is.” These behaviors can include lack of physical contact (no hugging, no comforting); unresponsiveness to a child’s cries or displays of emotion, and her articulated needs as she gets older; and, of course, literal abandonment.

Literal abandonment leaves its own special scars, especially in a culture which believes in the automatic nature of mother love and instinctual behavior. In addition to being excruciatingly painful, it is also bewildering. That was true for Eileen, 39, who has sorted through many of these issues and, as a mother herself, now has limited contact with her mother. Eileen’s parents divorced when she was four and she lived with her mother until she was six when her mother decided that her father was the “appropriate” parent after all. It was devastating for the six-year-old, particularly since her father remarried and had already had a first child in his new marriage. There would be two more. But the big question for Eileen was this: “I could never understand why my Mom didn’t want to be around. I felt a huge part was missing in my life and that only my Mom could fill it.”

All of these behaviors leave daughters emotionally hungry and sometimes desperately needy. The luckiest daughters will find another family member—a father, a grandparent, an aunt or an uncle—to step into the emotional breach which helps but doesn’t heal; many don’t. These insecurely attached daughters often become clingy in adult relationships, needing constant reassurance, from friends and lovers alike.