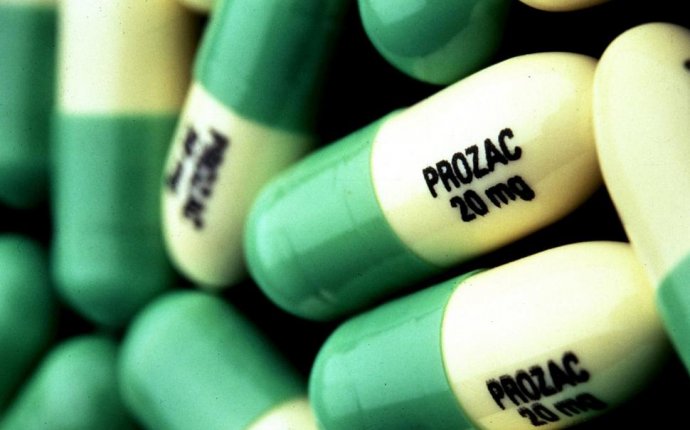 2. Mental health dollars mostly go toward prescription drugs and outpatient treatment. That's what you can see in this graph from the Kaiser Family Foundation, which shows the breakdown of mental health spending in 1986 and 2005. It shows a big shift away from inpatient treatments.

The shift away from inpatient spending traces back to the 1960s, when states began moving away from institutionalization for the mentally ill. Jeneen Interlandi offered some context in a recent New York Times Magazine story, starting with the Community Mental Health Centers Act of 1963. That law pushed for more treatment in community settings rather than in state-run, psychiatric institutions.

By treating the rest in the least-restrictive settings possible, the thinking went, we would protect the civil liberties of the mentally ill and hasten their recoveries. Surely community life was better for mental health than a cold, unfeeling institution.

But in the decades since, the sickest patients have begun turning up in jails and homeless shelters with a frequency that mirrors that of the late 1800s. “We’re protecting civil liberties at the expense of health and safety, ” says Doris A. Fuller, the executive director of the Treatment Advocacy Center, a nonprofit group that lobbies for broader involuntary commitment standards. “Deinstitutionalization has gone way too far.”

4. Mental health care is pricey, with 45 percent of the untreated citing cost as a barrier. A quarter of the 15.7 million Americans who received mental health care listed themselves as the main payer for the services, according to one survey that looked at those services from 2005 to 2009. The majority of those who did seek outpatient treatment had out-of-pocket costs between $100 and $5, 000.

"These findings suggest that even though the majority of adults have some form of health insurance coverage, there are significant limitations on coverage for mental health services, " federal researchers wrote in a July 2011 brief.

It's worth noting though that Americans actually pick up a larger percent of the tab for their physical health-care costs than for mental health-care services. You can see that in this graph, via the Kaiser Family Foundation.

Americans paid 13 percent of the costs for health-care services generally in 2005, compared to 11 percent of behavioral health spending, which includes both mental health and substance abuse treatment.

5. Attitudes about mental health services are another big barrier to care. A 2007 study in the journal Psychiatric Services looked at 303 mental health patients who had, in the past year, thought about going to the doctor but decided against it. The researchers asked them why.

The most frequent response, from 66 percent of the patients, had to do with attitude: They thought the problem would get better on its own. Seventy-one percent agreed with the statement "I wanted to solve the problem on my own."

Cost was a barrier too: 47 percent cited financial obstacles as a reason not to seek treatment. Still, attitudinal barriers about the value of mental health care seemed to be be the biggest obstacle.

6. States cut $1.8 billion from their mental health budgets during the recession. That figure comes from the National Alliance on Mental Illness, which notes that states tend to play a larger role in providing mental health services than they do with physical health. The biggest budget cuts came in the following 10 states:

That means that much of the treatment of the mentally ill shifts toward other places in the health-care system. The NAMI report looks at Rhode Island, which has seen a "a 65 percent increase in the number of children living with mental illness boarding in public emergency rooms" after a series of budget cuts.

7. Recent federal legislation requires more expansive insurance coverage for mental health services. The Mental Health Parity and Addiction Act of 2008 applies to large, employer-sponsored insurance plans. It bars insurers from putting up financial barriers to mental health care that are greater than those created for physical treatments. While there was some concern that the new requirements would lead employers to drop mental health coverage altogether, a poll by the Kaiser Family Foundation found only 2 percent did so.