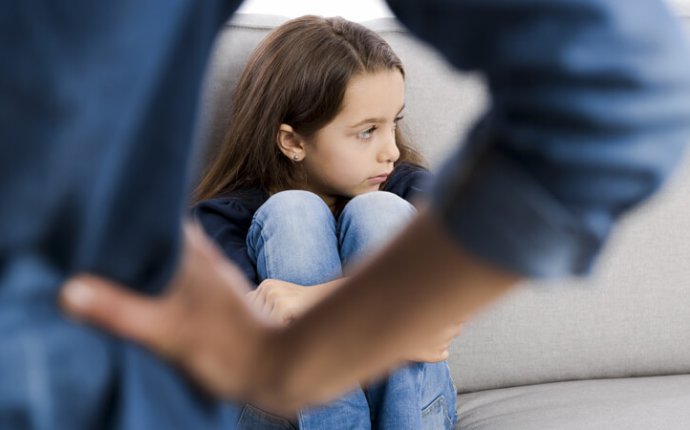 The proposed revisions of the Diagnostic and Statistical Manual of Mental Disorders (DSM) have spurred debate over what illnesses to include in the essential psychiatric handbook. Everything from gender identity disorder to childhood mood swings has come under fire, and it's not the first time. The history of psychiatry is littered with impassioned fights over controversial diagnoses.

Perhaps the most controversial of all current DSM disorders is gender identity disorder. Under the DSM-IV, people who feel that their physical gender does not match their true gender are diagnosed with gender identity disorder (GID). The DSM-5 proposals would revise the criteria for the disorder and change the name to the less-stigmatizing gender incongruence.

But to many, the DSM changes don't go far enough.

"To have gender incongruence in the DSM-5, as they've defined it, still leaves it open to a child being sent to be 'fixed' when a child doesn't have any problems, " said Diane Ehrensaft, a clinical psychologist in Oakland, Calif., who specializes in gender identity issues in children.

In fact, the largest controversy over GID is about an area the DSM doesn't cover: treatment. Should kids who feel gender mismatched be allowed to define themselves, or should they be encouraged to identify with their physical gender? Those who argue for the latter see their role as helping kids get comfortable in their own skin. Those who argue for letting the child take the lead, like Ehrensaft, say that forcing a kid to live as an unwanted gender causes depression and anxiety.

Therapies like Ehrensaft's are relatively new, so there are no long-term studies comparing the two approaches. When it comes to examining differences in how the kids turn out, "We don't know, " said Kenneth Zucker, a University of Toronto psychologist who advocates teaching kids to identify with their physical gender. "We should know in another 10 years."

According to the Society for the Advancement of Sexual Health, sex addiction is marked by a lack of control over one's sexual behavior. Sex addicts pursue sex despite negative consequences, can't set boundaries and obsess over sex even when they don't want to think about it. Self-described addicts report that they get no pleasure from their sexual behaviors, only shame.

This disorder has yet to darken the pages of the DSM, and it likely won't be included in the DSM-5, either. Instead, the APA is recommending the addition of a new sexual disorder called hypersexual disorder, which doesn't describe sex as an addiction, but could fit many people who are in treatment.

In perhaps the most famous psychiatric controversy of all, the APA did away with homosexuality as a mental disorder in 1973 after much protest by gay and lesbian activists. The change wasn't easy, but the weight of the scientific evidence suggested that same-sex attraction was a normal variant of sexuality among well-adjusted people.

Still, the APA included a diagnosis in the 1980 DSM-III called ego-dystonic homosexuality. This category was a compromise with psychiatrists who insisted that some gays and lesbians came to them looking for treatment. "This revision in the nomenclature provides the possibility of finding a homosexual to be free of psychiatric disorder, and provides a means to diagnose a mental disorder whose central feature is conflict about homosexual behavior, " explained Robert Spitzer, a member of the APA's task force, in a 1973 position statement.

But some Asperger's advocates disapprove. The high-functioning autism label doesn't always fit people with Asperger's, said Dania Jekel, the executive director of the Asperger's Association of New England, which opposes the change.

"People with Asperger's are going to be missed, " Jekel said.

If diagnosing adults with a childhood disorder is controversial, so is diagnosing children with a disorder once thought to occur mainly in adults. Bipolar disorder, which is characterized by mood swings between depression and excitability, recently skyrocketed as a childhood disorder. Between 1994 and 2003, the number of doctor visits associated with childhood bipolar disorders went up 40-fold, according to a 2007 study in the journal Archives of General Psychiatry.

The problem, according to the APA, is that at least some of that increase is due to changes in the way psychiatrists diagnose bipolar in kids, not an actual increase in cases. To correct the issue, the APA is considering changes to the current bipolar criteria, as well as the addition of a new disorder, temper dysregulation with dysphoria. That disorder would apply to kids with persistent irritable moods and frequent temper tantrums, but has already drawn skepticism from some who believe it pathologizes normal kid behavior.

Attention deficit hyperactivity disorder is a well-known childhood diagnosis. Kids with ADHD have trouble sitting still, paying attention and controlling their impulses. Only recently, however, have psychiatrists begun to diagnose ADHD in adults.

But just as ADHD in children was criticized as over-diagnosed, so is adult ADHD. A common accusation is that psychiatrists are conspiring with pharmaceutical companies to sell more ADHD drugs, writes New York University psychiatrist Norman Sussman in a March 2010 editorial in Psychiatry Weekly. However, adult ADHD is here to stay, Sussma writes: "The benefits of pharmacologic and behavioral therapies are well-established."

Once known as multiple personality disorder, dissociative identity disorder was made famous by the book "Sybil" (Independent Pub Group, 1973), which was made into a movie of the same name in 1976. The film and book told the story of Shirley Mason, pseudonym Sybil, who was diagnosed as having 16 separate personalities as a result of physical and sexual abuse by her mother.

The book and the movie were hits, but the diagnosis soon came under fire. In 1995, psychiatrist Herbert Spiegel, who consulted on Mason's case, told the "New York Review of Books" that he believed Mason's "personalities" were created by her therapist, who — perhaps unwittingly — suggested that Mason's different emotional states were distinct personalities with names. Likewise, critics of the dissociative identity diagnosis argue that the disorder is artificial, perpetuated by well-meaning therapists who convince troubled and suggestible patients that their problems are due to multiple personalities.

Nonetheless, dissociative identity disorder has weathered this criticism and won't undergo any major changes in the DSM-5.

Someone with an inflated ego, need for constant praise and lack of empathy for others might sound like a shoe-in for psychotherapy. But the introduction of narcissistic personality disorder into the DSM in 1980 was not without controversy.

To solve the problem, the American Psychiatric Association has proposed big changes to the personality disorder section of the DSM-5 in 2010. The new edition would move away from specific personality disorders to a system of dysfunctional types and traits. The idea, according to the APA, is to cut out the overlap and create categories that would be useful for patients who have personality problems, not just full-blown disorders.

In the Victorian era, hysteria was a catch-all diagnosis for women in distress. The symptoms were vague (discontentment, weakness, outbursts of emotion, nerves) and the history sexist (Plato blamed the wanderings of an "unfruitful" uterus).

According to a 2002 editorial in the journal Spinal Cord, the diagnosis of hysteria gradually petered out throughout the 20th century. By 1980, hysteria disappeared from the DSM in favor of newer diagnoses like conversion and dissociative disorders. Next Previous