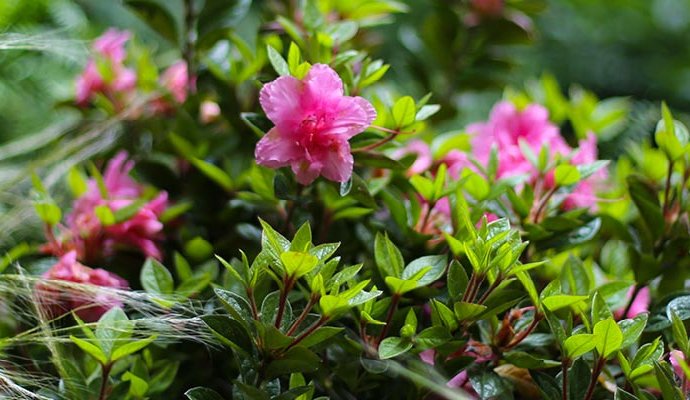 Let us take a little break from the discussion of the historical development of modern emotions and modern mental disease—that is, of the modern mind-—pursued in the previous posts of this blog, and instead focus on the present. May 22 is the official publication date of the much-talked-about DSM-5, a significant day for all who are in any way concerned with mental health, patients as well as professionals who are trying to help them, and therefore for many in the Psychology Today community. The manual has been subject to severe criticism for months preceding its publication; it appears that hardly anyone has a good word to say about it, the time and effort spent in its preparation seems to have been largely wasted. The poor baby is likely to be dead on arrival, stillborn, its own family having turned away, unwilling to embrace it. Just a week ago the mighty NIMH all but completely renounced it.

But why is it such a disappointment? And who or what is to blame for the problems with DSM-5? The answer to the first question, I would say, lies not in anything DSM-5 contributes to the previous versions of the manual (whether in terms of additions or subtractions), but in what it does not change in them at all. The answer lies in that it does not solve the fundamental problem of psychiatry and psychology, i.e., does not provide them with the understanding of the human mental process—tthe mind—healthy or ill. This is, obviously, not a problem which the DSM-5 creates, or which was created by any of the preceding versions of this document. It is the problem at the core of the psychiatric/psychological/mental health establishment in its entirety-—both its research and its clinical branches, and including in the first place its central, most powerful, and richest institution, NIMH.

According to the prepublication materials, the essence of the new DSM consists in the modifications it introduces in the extensive psychiatric nosology, specifically adding diagnostic categories to diseases of unknown biological origin and uncertain etiology. But the real problem lies much deeper—in the understanding of such diseases itself; it is the problem with the old, fundamental, and universally accepted diagnostic categories of thought disorder vs. affective disorders, or schizophrenia vs. manic and unipolar depression, on which all the other diagnostic categories of mental illness of unknown etiology, new and not so new, are based. DSM’s approach is similar to attempting to salvage a house, falling apart because built on an unsound foundation, by adding to it a fresh coat of paint and new shutters. What is needed, in contrast, is to dismantle the structure, establish a sound foundation, and then rebuild the house on top of it.

DSM-5, and DSM in general, is just an expression of the increasing confusion in the mental health community (including both researchers and clinicians, and both psychiatry and psychology with their neuroscience contingents) in regard to the nature of the human mental processes—or the mind-—altogether. Before this confusion is cleared, none of the problems with the DSM and the resulting mental health practice can be resolved. And the criticism of the DSM should in all fairness apply also to its critics and judges, such as the NIMH.

Despite its nearly exclusive biological focus and the equation of the mind and the brain, the source of the mental health professions’ misunderstanding of the mind lies in their deviation from the norm in biology. Psychiatry and psychology consider the human individual as their subject. Biology, in distinction, studies the organic world. The most important causal factor in biology is the environment in which organisms find themselves (think of natural selection) and no specialization in this mighty science, among the sub-disciplines of which neuropsychiatry and neuropsychology, at least, would like to range themselves, would limit itself to the study of a form of life in isolation from the environment. Consider, for example, medical (i.e., applied biological) specializations such as gastroenterology or pulmonology: is it possible to imagine a physician who would be unaware that the process of digestion is necessarily affected by the nature and quantity of food the stomach digests, or the process of breathing by the nature and quantity of the air inhaled? No, because this is what our organs do: they process intakes from the environment, and these intakes have at least as much to do with our health and illness as the structure and physiology of the organs which process them. Yet, we forget this when it comes to the brain and mental processing—the mind.

The environment of the human brain is far more complex than that of the stomach and lungs, or than the environment of the brains of other animals. Most of its intakes come not from the organic and physical world, but, instead, from the world of meanings and symbolic systems which convey them, that is, culture. If digestion can be defined as what happens to food in, and what food does to, the stomach, the mind, by analogy, can be conceptualized as what happens to culture in, and what culture does to, the (human) brain. It is very likely that most mental diseases (just like most gastrointestinal or pulmonary ones) come from the intake of the processing organ, rather than from the organ itself, i.e., it is likely that they are caused by culture. Mental health professions pay no attention to it, and no revision of the DSM will make them improve their ability to help the mentally ill.

To solve the problem of the psychiatric/psychological/mental health establishment, which the DSM has failed to do (thereby disappointing its closest associates), one has to start by questioning and analyzing the fundamental diagnostic categories used by this establishment, consider them against the existing clinical, neurobiological, genetic, and epidemiological evidence, and-—most important—bring into the mix the never-before-considered cultural data. It is likely that on this basis one would reach the conclusion I have arrived at, that the two (schizophrenia and manic-depressive illness) or even three (schizophrenia, manic depression, and unipolar depression) discreet diseases are better conceptualized—and therefore treated—as the same disease, with one (and cultural) cause, which expresses itself differently depending on the circumstances in which this cause becomes operative. Psychiatric epidemiologists, at least, have long suspected that “the black box of culture” is an important contributing factor in these diseases. However, as the phrase indicates, they lack the means to understand or even examine its contribution. Let us unpack the “black box” and add a missing yet essential dimension to the diagnostic tool-kit, which the new DSM, like the old ones, disregards.