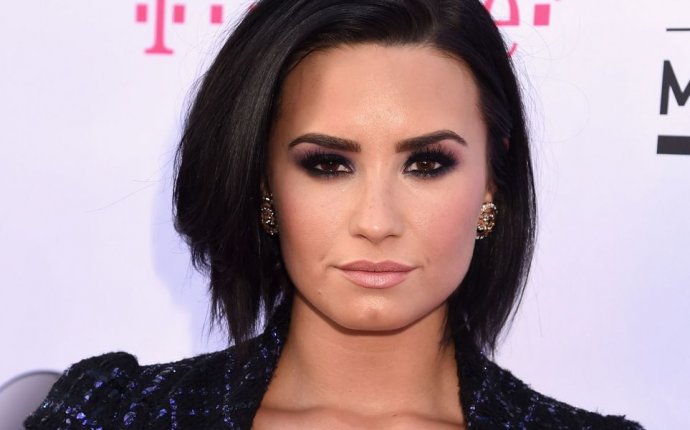 She's the best friend a generation has grown up with - 18-year-old Demi Lovato is the Disney darling with the winning smile. She sang her way to the top of the pop charts and heights of wholesome teen icon status.

Yet Lovato's natural outward confidence in front of the camera could not protect her from the inner, lasting effects of childhood bullying. She sat down with ABC News' Robin Roberts to share her story of a lifetime of struggles. (View photos of Demi Lovato through the years.)

"I've spoken openly about being bullied throughout the past few years, but one thing that I've never been able to feel comfortable talking about was the effects that it had on my life, afterwards, " she said. "I literally didn't know why they were being so mean to me. And when I would ask them why, they would just say, 'Well, you're fat."

Her torment turned into a dangerous habit.

"I developed an eating disorder, and that's kind of what I've been dealing with ever since, " she said.

Lovato began a lifelong struggle with bulimia and alternately, severely restricting her eating.

"I was compulsively overeating when I was eight years old, " she said. "So, I guess, for the past 10 years I've had a really unhealthy relationship with food."

Her family helped her find professional help for her food issues. But there was a secret battle she fought alone, something she desperately hid from everyone: At age 11, Lovato began cutting herself - intentionally self-mutilating her wrists as a way of coping with emotions.

"It was a way of expressing my own shame, of myself, on my own body, " she told Roberts. "I was matching the inside to the outside. And there were some times where my emotions were just so built up, I didn't know what to do. The only way that I could get instant gratification was through an immediate release on myself."

It was a dangerous coping mechanism that continued throughout her teen years. Last summer, it all came to a boiling point during her concert tour with the Jonas Brothers for the Disney Channel musical, "Camp Rock 2." Disney is the parent company of ABC News.

"I was performing concerts on an empty stomach, " she said. "I was losing my voice from purging. I was self-medicating. I was not taking medication for depression, and I literally was so emotionally whacked out that I took it out on someone that meant a lot to me."

Lovato admitted to physically striking one of her backup dancers, Alex Welch, during the South American leg of their international tour.

"I take 100 percent, full responsibility." Lovato told Roberts. "I feel horrible. [She] was my friend."

"They sat me down and said, 'You can't live like this, '" Lovato said.

She immediately quit the tour and checked in to Timberline Knolls - a residential treatment center in Illinois for women battling addiction and eating disorders.

While in treatment, Lovato learned to alter her coping skills and found better ways to deal with her emotions.

"For the first time in my life, I started to feel, " she said.

During the tough times in treatment, Lovato says it was the thought of her younger sister, Madison, who plays Juanita Solis, the daughter of Gabrielle on "Desperate Housewives, " that got her through her darkest hours.

"A picture of my little sister, on my little bulletin board, was one of the main things that kept me going, " she said. "I just kept thinking, 'OK, set this example for your little sister.'"

Lovato wanted to set an example - not only for Madison, but for all the other women fighting the same issues.

"The real reason why I'm sitting down with you, " she said, "is to open up the eyes of so many young girls, that it doesn't have to be this way."

RT @noirbieb: Demi Lovato - underrated singer - inspired a lot of drug addicts and people with eating disorders that they can recover