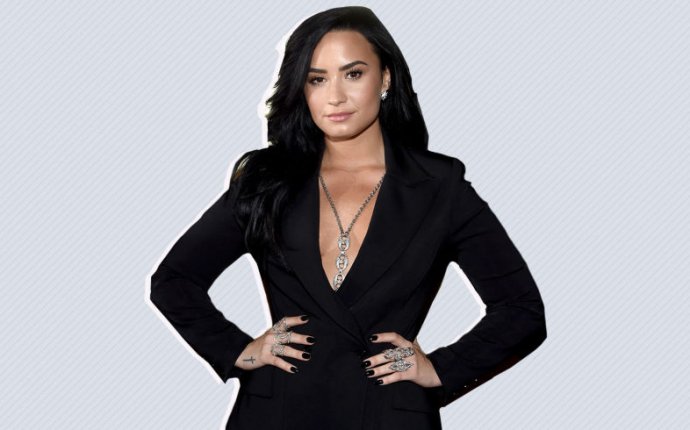 Demi Lavato was barely 18 when she was forced to confront the reality of mental health problems.

Under the strains facing a child star whose fame had soared rapidly, she suffered from depression, an eating order and even self-harm. In 2010, she was forced to pull out of the Jonas Brothers Live in Concert tour and enter a treatment facility. She wrote about some of the issues a year a later for Seventeen magazine.

On Monday night, at the Democratic National Convention, Lovato, 23, used her appearance to raise awareness about mental health problems. She spoke to millions of people about something deeply personal, and earned huge applause while moving many hearts.

“Like millions of Americans, I am living with mental illness, but I'm lucky, ” she said.

“I had the resources and support to get treatment at a top facility. Unfortunately, too many Americans from all walks of life don't get help, either because they fear the stigma or cannot afford treatment.”

The Cool for the Summer singer talked about the dark, spiraling tunnel into which people can fall if mental health problems are not treated like any health issue, or not not tackled quickly enough.

Had an amazing time tonight supporting @HillaryClinton at the #DemsInPhilly tonight!! #ImWithHer

“We can do better. Every one of us can make a difference by getting educated on this epidemic and its frightening statistics and by breaking the stigma.”

She urged politicians to make health care accessible to all. She said Hillary Clinton would do so.

“I stand here today as proof that you can live a normal and empowered life with mental illness, ” she said.

“I’m proud to support a presidential candidate who will fight to ensure all people living with mental-health conditions get the care they need to lead fulfilling lives. That candidate is Hillary Clinton.”

And the song she chose to perform after delivering such a speech? Confident, of course.