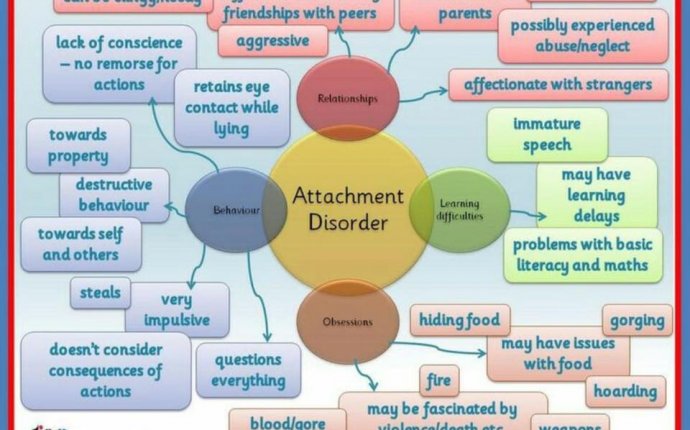 Children who have had breaks from their primary caregiver, unmitigated pain, abuse, neglect or in other ways have not had their needs met can often be impaired in their ability to develop healthy emotional attachments. This is currently called by many names, such as insecure attachment. These less-than-healthy ways of attaching are often not diagnosed as disorders, but are common in children who have backgrounds of abuse or neglect or who are no longer with their biological parents, who have had the loss of one or more parents, who are in foster care, who have had several medical procedures or who have been adopted. Attachment is on a spectrum – from healthy to insecure to disorganized (often diagnosed as an attachment disorder). Some of the basic signs/characteristics that a person struggles with attachment are:

The children exhibiting the most severe symptoms are sometimes diagnosed with Reactive Attachment Disorder (RAD), or the newer diagnosis — Disinhibited Social Engagement Disorder (DSED). All disorders/impairments of attachment are serious, because they impede the child’s emotional health and ability to have meaningful relationships.

The DSM-5 gives the following criteria for Reactive Attachment Disorder:

A. A consistent pattern of inhibited, emotionally withdrawn behavior toward adult caregivers, manifested by both of the following:

B. A persistent social or emotional disturbance characterized by at least two of the following: