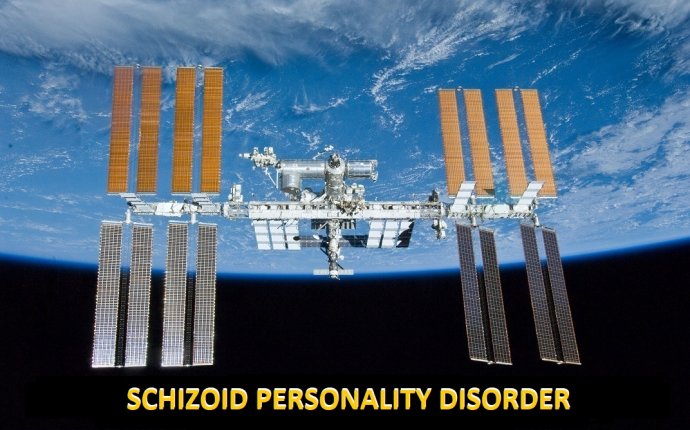 Schizoid Personality Disorder is characterized by a long-standing pattern of detachment from social relationships. A person with schizoid personality disorder often has difficulty expression emotions and does so typically in very restricted range, especially when communicating with others.

A person with this disorder may appear to lack a desire for intimacy, and will avoid close relationships with others. They may often prefer to spend time with themselves rather than socialize or be in a group of people. In laypeople terms, a person with schizoid personality disorder might be thought of as the typical “loner.”

Individuals with Schizoid Personality Disorder may have particular difficulty expressing anger, even in response to direct provocation, which contributes to the impression that they lack emotion. Their lives sometimes seem directionless, and they may appear to “drift” in their goals. Such individuals often react passively to adverse circumstances and have difficulty responding appropriately to important life events.

Because of their lack of social skills and lack of desire for sexual experiences, individuals with this disorder have few friendships, date infrequently, and often do not marry. Employment or work functioning may be impaired, particularly if interpersonal involvement is required, but individuals with this disorder may do well when they work under conditions of social isolation.

A personality disorder is an enduring pattern of inner experience and behavior that deviates from the norm of the individual’s culture. The pattern is seen in two or more of the following areas: cognition; affect; interpersonal functioning; or impulse control. The enduring pattern is inflexible and pervasive across a broad range of personal and social situations. It typically leads to significant distress or impairment in social, work or other areas of functioning. The pattern is stable and of long duration, and its onset can be traced back to early adulthood or adolescence.

Schizoid personality disorder is characterized by a pattern of detachment from social relationships and a restricted range of expression of emotions in interpersonal settings, beginning by early adulthood and present in a variety of contexts, as indicated by four (or more) of the following:

Schizoid personality disorder is more prevalent in males than females. Its prevalence in the general population is between 3.1 and 4.9 percent.

How is Schizoid Personality Disorder Diagnosed?

Personality disorders such as schizoid personality disorder are typically diagnosed by a trained mental health professional, such as a psychologist or psychiatrist. Family physicians and general practitioners are generally not trained or well-equipped to make this type of psychological diagnosis. So while you can initially consult a family physician about this problem, they should refer you to a mental health professional for diagnosis and treatment. There are no laboratory, blood or genetic tests that are used to diagnose schizoid personality disorder.

Researchers today don’t know what causes schizoid personality disorder. There are many theories, however, about the possible causes of schizoid personality disorder. Most professionals subscribe to a biopsychosocial model of causation — that is, the causes of are likely due to biological and genetic factors, social factors (such as how a person interacts in their early development with their family and friends and other children), and psychological factors (the individual’s personality and temperament, shaped by their environment and learned coping skills to deal with stress). This suggests that no single factor is responsible — rather, it is the complex and likely intertwined nature of all three factors that are important. If a person has this personality disorder, research suggests that there is a slightly increased risk for this disorder to be “passed down” to their children.