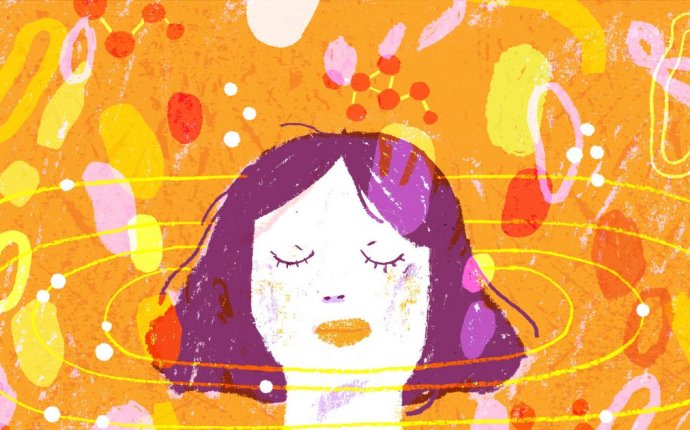 I have never regretted choosing to spend my career as a psychologist. There’s the very obvious fact that psychology underlies all of behavior and thus, in my opinion, is the most important scientific discipline of all. However, there’s more to it than the love of science. When you come right down to it, psychology is just very cool.

Psychologists, like many other scientists, enjoy inventing new terms to describe what they study. Sure, we get accused now and then of being too “jargon-y” (itself a jargon-y term). Once you understand what the jargon means, though, most of it not only makes sense, but expands your understanding of behavior. Narrowing down the thousands of great ideas in psychology to a mere 13 is a bit of a challenge. Therefore, I’ve decided to limit myself to those that are coolest according to these criteria: (a) relatively new (which technically makes them “hot”); (b) not overly commonsensical; (c) based on research; and (d) having applicability to everyday life. See if you agree with this top 13 list (the references for each are listed by number, below).

We’ve come to believe that by expressing our emotions we’ll feel better. The idea of “catharsis” also implies that by releasing our anger, we’ll rid ourselves of all hostile feelings. In research on “mood freezing, ” participants are made to believe that a pill can alter their moods when, in fact, the pill is a placebo. When these participants are artificially riled up in an experimental situation, and then given the fake pill, they both reduce their angry outbursts and – importantly- say that the feel better. You don’t have to give yourself an actual, fake, mood freezing pill to reduce your own angry outbursts the next time you get mad. If you tell yourself you don’t need to express that anger, though, you can derive the same positive benefit.

According to one theory of emotions, known as the facial feedback model, the expression on your face helps to control the way you feel inside. This theory was put to the test in a study of people who had received Botox treatments, a cosmetic injection that numbs the muscles of the face. The Botoxed participants were less able to empathize with the emotions of others because, presumably, they were unable to flex their facial muscles. The results weren’t accounted for, either, by a selection bias because people getting Botox don’t show unusual patterns of emotion detection prior to their injections.

The value of self-affirmations was made famous by SNL character Stuart Smalley (now Senator Al Franken): “I’m good enough, I’m smart enough, and gosh-darn it, people like me.” Often, a self-affirmation can boost your inner strength and make you more likely to succeed. However, this strategy may come with a risk. A recent study showed that people who utter self-affirmations may be less inclined to pursue a goal after they experience failure. To the extent that you internalize your failure, you may then feel that you actually have less, rather than more of a chance at succeeding in your future efforts.

One of our most common human tendencies is to think that we were right about predicting an event’s outcome even in actuality we were wrong. Hindsight bias takes the common form of “I knew it all along.” Psychologists have long known about hindsight bias, but a recent study shows that you can be prevented from the lure of hindsight (and the possible negative consequences it can create) by relatively simple reality-testing interventions before you commit this cognitive faux pas.

The term mind-wandering isn’t particularly knew to 2013, but recent studies show that it can actually benefit your thinking. We tend to believe that it’s bad for our daily performance, but these studies are showing that you can make better plans for yourself and solve problems more creatively by occasionally letting your mind drift far and wide.

The foot-in-the-door is a well-known strategy to manipulate people into fulfilling a large request by first presenting them with a small one. However, we hear less about the double-foot-in-the-door. In a recent study, researchers found that they could convince participants to engage in energy-saving activities more effectively using the double-foot-the-door. In this process, you make your request in three phases- small, medium, and large- rather than just going from small to large. That staging of your request makes it seem less intimidating, and even if you have to stretch it out over a week or two, in the long run, it will pay off more for you.

A heuristic is a “rule of thumb” that allows people to make judgments and solve problems. The affect heuristic refers to our very illogical tendency to predict risk on the basis of how frightening something seems to be rather than on its probability. For example, people will be more likely to take steps to avoid a rare, very frightening disease, than to avoid a more probable one that carries with it less obvious pain and suffering.

When we’re searching through a complex set of stimuli, such as a busy street that we’re trying to cross, we need to pick out the sources of danger. The “target template” is a guide to searching these types of complex stimulus arrays. Despite what you hear about videogames being bad for your attention, researchers are finding that action games can actually improve your scanning abilities of these complex scenes. In fact, the more action-oriented the game, the bigger the attentional boost.

The combination of narcissism, psychopathy, and Machiavellianism, or the “dark triad, ” sounds bad, and in many cases, it is bad. People high on dark triad traits tend to be unpleasant to be with and can cause you much heartache should you have the bad fortune of falling in love with them. However, in a longitudinal study of personality traits and career success, it was those high in the dark triad traits who tended to succeed in moving up the career and income ladders. They even out-performed their more conscientious, somewhat obsessive-compulsive, counterparts.

Although we seem to idolize happiness as the be-all and end-all of life’s desired outcomes, some people, particularly from certain cultures, actually fear the state of happiness. In cultures that believe worldly happiness to be associated with sin, shallowness, and moral decline will actually feel less satisfied when their lives are (by other standards) going well.