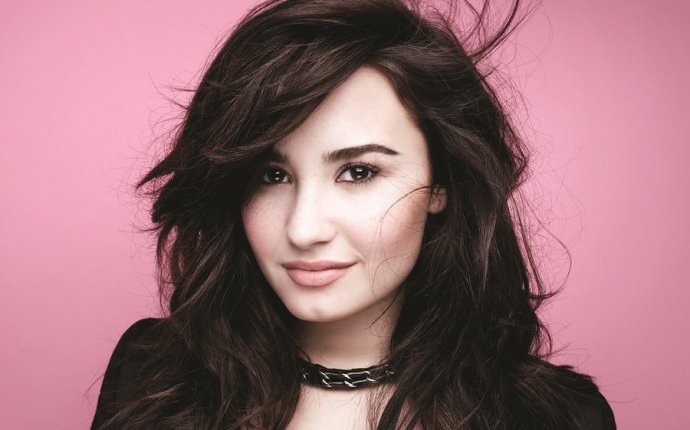 Demi Lovato is a singer and actress who starred on Disney Channel's original series 'Sonny with a Chance.' As an adult, she's become a successful recording artist with hits like 'Skyscraper, ' 'Cool for the Summer, ' and 'Heart Attack.'

Born in 1992 in Albuquerque, New Mexico, Demi Lovato started out as a child actor on Barney & Friends. In 2007, Demi Lovato got a part on a short Disney Channel show called As the Bell Rings, and then she landed the starring role of the movie Camp Rock. While filming Camp Rock, Demi Lovato began also recording three songs for the film's soundtrack and has had several solo releases since. In 2009, Lovato got the lead in the series Sonny with a Chance, another Disney Channel show. She later became a judge on the television competition show The X Factor from 2012 to 2013.

Singer and actress Demi Lovato was born on August 20, 1992, in Albuquerque, New Mexico. Lovato's mother, Dianna Lovato, was a former country music recording artist and Dallas Cowboy Cheerleader. Lovato is the middle child of three sisters. Her older sister, Dallas, is also a singer and actress, and her younger sister, Madison, was born in 2002.

Growing up, Lovato won several talent contests and performed in famous venues, including the Eismann Center and the Dallas Cowboys' Thanksgiving Day Half Time Show with LeAnn Rimes. She started her show business career in earnest at the age of 10 when she became a series regular on the children's television show Barney & Friends. After her stint on Barney & Friends, Lovato also guest starred on television dramas Just Jordan (2007) and Prison Break (2006).

In 2007, Demi Lovato began working with the Disney Channel. First she got a part on a short television show called As The Bell Rings. Her role on that ended, however, when Lovato was cast as Mitchie Torres in the starring role of the Disney Channel movie Camp Rock. While filming Camp Rock, Demi Lovato began also recording three songs with the pop group the Jonas Brothers for the film's soundtrack.

In 2008, Lovato covered the Academy Award-nominated song, "That's How You Know" from Enchanted on the DisneyMania 6 album. Later on in 2008, she began filming her second Disney Channel Original Movie, Princess Protection Program. The film was made in Puerto Rico and Lovato co-starred with her then-good friend Selena Gomez.

Lovato was the star of her own Disney Channel television show called Sonny with a Chance. The series debuted in 2009, becoming one of the channel's most popular programs and making Lovato one of its brightest stars. Sonny with a Chance ran until 2011.

On September 23, 2008, Lovato released her debut album, Don't Forget. Several of the songs on the album were co-written by the Jonas Brothers. The album debuted at No. 2 on the Billboard 200 chart. In promotion of this album, Lovato went on tour with the Jonas Brothers on their 2008 Burning Up Tour as the opening act.

On July 21, 2009, Demi Lovato released her second studio album, Here We Go Again. The title track reached 15 on the Billboard Hot 100, making it her first single to reach the top 20. She went on tour again with the Jonas Brothers the following year and was romantically linked to Joe Jonas around this time. While on tour, Lovato got into an altercation with a dancer. The fight made headlines, and she sought treatment after the incident. According to People magazine, the singer sought help for "emotional and physical issues." Some of these issues were later revealed to be an eating disorder and self-harm through cutting.

Months after completing treatment, Lovato released the 2011 album Unbroken, which featured the platinum top 10 hit "Skyscraper." She put out her next record, Demi, two years later, which had the best debut week of her music career.

Outside of music, film and television, Lovato was also the national Hasbro "Hit Clips" spokesgirl. She has also done several successful voiceovers for radio and television for companies like Denny's, Radica and Hasbro.

In 2012, Lovato took on a new role. She joined The X Factor in its second season as a judge. Lovato, Simon Cowell, music industry titan L.A. Reid and pop star Britney Spears worked together to review the contestants and helped determine who would win the $5 million recording contract. The show was cancelled after its third season.

Lovato made a return to acting in 2013 with a recurring role on the hit musical series Glee. Around this time, she became more candid about her earlier personal struggles, acknowledging that she also battled a substance abuse problem. Lovato has also gone public with her diagnosis for bipolar disorder. According to Cosmopolitan for Latinas, she uses medication to help manage her condition.

In 2015, Lovato put out a new single entitled "Cool for the Summer" from her album Confident. The single hit no. 11 on the Hot 100 charts, while the album reached no. 2 on the Billboard 200. She has also tackled a variety of TV projects recently. Lovato appeared as a guest judge on RuPaul's Drag Race that year. She mixed her professional and personal sides to shoot a guest appearance on boyfriend Wilmer Valderrama's show From Dusk Till Dawn: The Series.