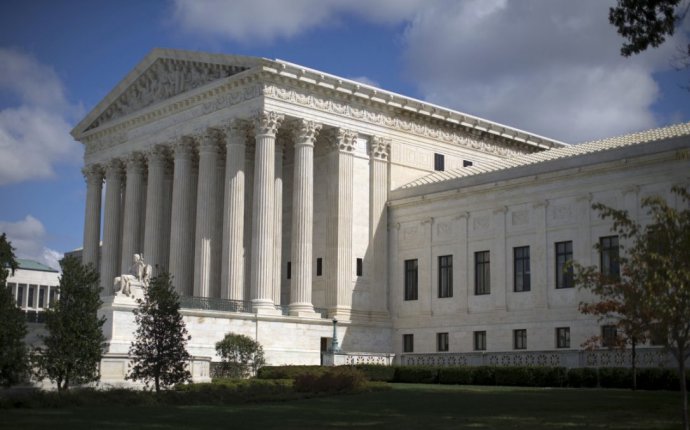 
In arguments Monday, 68-year-old Florida inmate Freddie Lee Hall is challenging the state's use of an IQ cutoff to determine mental disability.


Twelve years after banning the execution of the "mentally retarded, " the U.S. Supreme Court is examining the question of who qualifies as having mental retardation, for purposes of capital cases, and who does not.

In 2002, the high court ruled in Atkins v. Virginia that executing "mentally retarded" people is unconstitutionally cruel and unusual punishment. But the justices left it to the states to define mental retardation.

Now the court is focusing on what limits, if any, there are to those definitions.

The case before the court involves the brutal murder of Karol Hurst, who was 21 years old and seven months pregnant when she was kidnapped, raped, and killed by Freddie Lee Hall and an accomplice.

Hall was sentenced to death, but after the Atkins decision, his lawyers challenged the sentence. They cited multiple diagnoses of Hall as having a mental retardation and quoted the state supreme court as having previously declared that Hall had been "mentally retarded his entire life." The state court, nonetheless, subsequently upheld Hall's death sentence on grounds that his IQ tests averaged higher than 70.

Hall appealed to the U.S. Supreme Court, where the question Monday is whether states can establish a hard statistical cutoff in these cases.

Florida's statute, as interpreted by the state supreme court, sets the definition of developmental disability at an IQ score of 70 or below. With anything higher, the defendant cannot put on other evidence to show he is intellectually disabled. Moreover, the state does not allow use of the standard error of measurement that is deemed inherent in IQ tests.

Hall's various test scores added up to an average of more than 70, but no more than 75, meaning that he would qualify as having a disability if the state had used the standard five-point error of measurement. Without that statistical norm, however, Hall's lawyers were barred from putting on any other evidence of disability — for example, school records that consistently identified Hall as being mentally retarded.

"Florida's position is inconsistent with the views of all the mental disability organizations and professional organizations that are involved in the definition of mental retardation, " says Jim Ellis, a longtime advocate for people with mental disabilities. He has also filed a brief in the case.

Allowing states to redefine "mental retardation" in defiance of professional standards, he argues, is nothing more than a way to undo the Supreme Court's 2002 ruling.

"The line separating 'retarded' from 'not retarded' is itself arbitrary, " says Kent Scheidegger, legal director of the Criminal Justice Legal Foundation. "It is itself a matter of convention and not science." Scheidegger has filed a brief in support of Florida's position.

Florida is one of only five states that have set an inflexible line for determining intellectual disability in capital cases. The others are Alabama, Kentucky, Virginia and Idaho, and the results there have been stark. Only two claims of mental retardation have been successful in those states since 2002, according to a Cornell University study. That's about 2 percent, compared to a 28 percent success rate in the other 45 states.